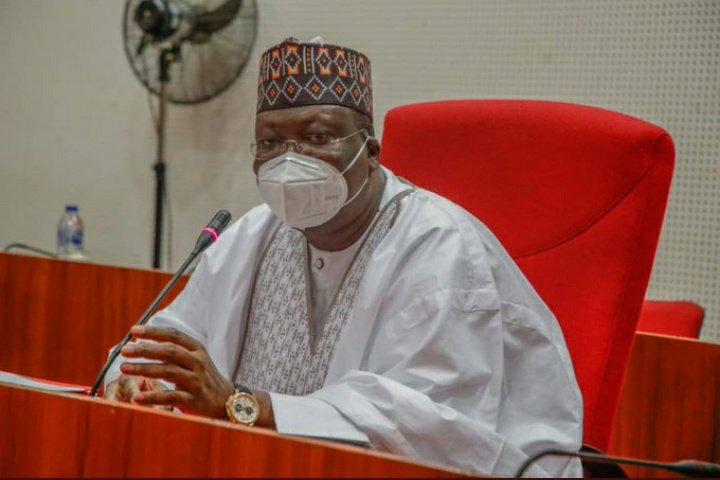 The Accountant General of the Federation, Ahmed Idris has told the Ad- hoc Committee that a total of N281 billion has so far been released to the Niger Delta Development Commission, NDDC, from 2016 to May this year.

During his address Thursday, President of the Senate, Dr. Ahmad Lawan, has said that the allegations of financial recklessness and misappropriation of funds leveled against the Interim Management Committee (IMC) of the Niger Delta Development Commission (NDDC) are unacceptable, hence the decision by the Senate to beam its searchlight on the commission.

Lawan stated this on Thursday in an address to declare open an investigative public hearing by the Senate Ad-Hoc Committee on the Alleged Financial Recklessness in the Niger Delta Development Commission, currently holding at the National Assembly complex.

The Senate President, who underscored the need for the prudent application of public funds by Ministries, Departments and Agencies of Government (MDAs), emphasised that, same had become imperative in view of scarce resources at the disposal of the Federal Government.

“Financial recklessness is not an attribute that anyone can afford, whether rich or poor. It is even worse with the poor, or for the organisation or a country with limited resources.

“This is the reason we have always highlighted the need for prudence in the application of public resources. The time when public resources is seen as nobody’s resources is long gone. We are in trying times, when we all have to be concerned about judicious use of scarce incomes.

“The NDDC is an important statutory agency that is supposed to improve the lot of the Niger Delta community. It is therefore unacceptable to hear about inappropriate use of resources, or outright financial recklessness,” Lawan said.

According to Lawan, the weighty allegations of misappropriation of public funds to the tune of N80 billion by the Interim Management Committee of the NDDC prompted the upper chamber to investigate the Commission.

While urging stakeholders present at the hearing to cooperate with the Ad-Hoc Committee, Lawan assured the public of the Senate’s commitment to fairness and transparency in the discharge of its constitutional responsibility.

“This Senate is a responsive Senate, and it was partly the reason we made up this all-important committee in our sitting on Tuesday, 5th May 2020 to investigate the Alleged Financial Recklessness at the NDDC.

“I am happy the ad hoc committee has made excellent progress by requesting and receiving vital information from identified stakeholders.

“This public hearing should further help the committee get more information, to enable them to come to a pleasant conclusion on the facts on ground, before reporting back to the Senate.

“I have trust in the ability of this committee to do the right thing, but I add that you all have to cooperate with them and be open-minded and frank with your submissions.

“The Senate will be fair to all. Our aim is to get all evidence, to make excellent decisions, to benefit the citizens. Your cooperation is therefore very important,” he added.

Earlier in his welcome address, the chairman of the Senate Ad-Hoc Committee investigating financial recklessness in the NDDC, Senator Olubunmi Adetumbi (APC, Ekiti North), said the panel in line with its mandate, seeks “to holistically investigate all financially related allegations, mismanagement and misappropriation and the breach of the extant procurement processes as enshrined in the public procurement Act 2007.”

He noted that the investigative hearing “is not aimed at witch-hunting any individual, groups, persons or institutions, but to rather get at the root of the matter, that will aid in repositioning the NDDC to effectively deliver on the mandate on which it was established, to block leakages of financial mismanagement as well as promote the effective utilization of its resources for the overall development of the people of the Niger Delta region.”

Related Topics:NDDCNiger Delta Development CommissionAccountant-General of the Federation
Up Next

Buhari will on Friday sign the revised 2020 budget into law

Nigeria begin evacuation of another batch of citizens stranded in Europe