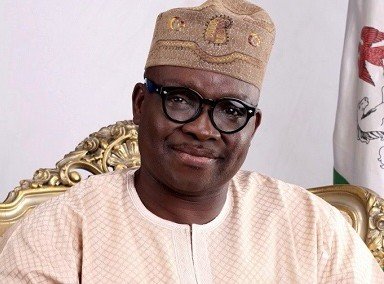 In a series of tweets on his verified Twitter accounts, the former Governor was responding to presidential spokesperson Femi Adesina, saying that President Muhammadu Buhari refused to move against Governor Nyesom Wike of Rivers State and Fayose because of his role as the father of the nation.

In an article published on his website, Adesina accused Fayose of forming “a tag team with Wike in the anti-Buhari tendency. The President could have dealt with them in many ways, either overtly or covertly, but he let them be. He was a father ready to tolerate his many children, irrespective of their differing idiosyncrasies, propensities and predilections.”

He also said Wike was particularly combative, truculent, if not at times insulting; but the President did not let that influence his decision.