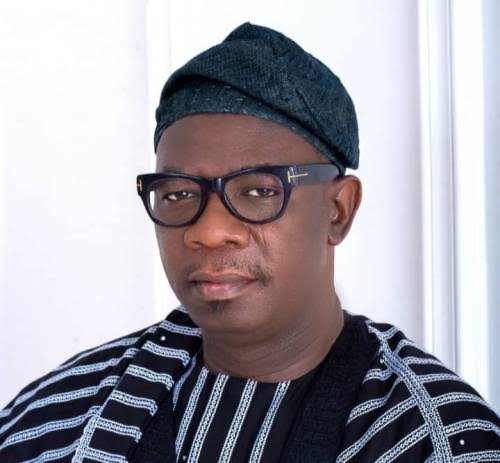 Following Ondo State governor, Rotimi Akeredolu’s COVID-19 status, his deputy, Agboola Ajayi has advised him to hand over the governance of the state to him in acting capacity since he was now incapacitated.

On June 30, Governor Akeredolu confirmed testing positive to COVID-19 and immediately begun self isolation and promised to start working and attending to files from home.

In a statement by his Media Adviser, Allen Sowore, the Deputy Governor said the refusal by Akeredolu to handover the governance of the state was a flagrant disregard for the country’s constitution.

He disclosed that the governor, who is also a lawyer should know better and hand over to him instead of halting the smooth running of governance in the state because of his COVID-19 status.

He gave the governor a 21-day ultimatum to hand over and allow him carry out government activities for the benefit of the state.

Ajayi said, “Section 190 (2) of the 1999 constitution of the Federal Republic of Nigeria (as amended) is apposite in the prevailing constitutional abberation in Ondo State.

“However, it should be noted that Mr Governor is at liberty to handover or not within 21 days after which the constitution becomes operational.

“Ostensibly, the refusal and failure of Mr Governor to handover the running of government to his deputy while he is temporarily incapacitated in self- isolation underscores his absolute disregard for our nation’s supreme document, 1999 constitution (as amended) as well as the tenets of rule of law.

“The governor’s position is a spite on Ondo State people and a direct assault on the provisions of the constitution which he swore to uphold.

“Governor Akeredolu’s deliberate mounting of obstacles to smooth running of government machinery while he’s in self isolation as a result of the fact that he has been tested positive for COVID-19 privileges the hypocratical  nature of Ondo State Government’s war against the ravaging pandemic.”

Akeredolu had on Friday described his deputy as a threat to governance in the state.

He also explained that Ajayi was no longer a member of APC, noting that the idea of handing over governance to him was a non-issue.

But the deputy governor in his reply described the claims of Akeredolu as an illusion and a diversion from the real issue of him handing over governance.

He advised the governor to resolve the lingering crisis in the state’s health sector mostly doctors strike instead of decapitating energy at pulling him and his office down.