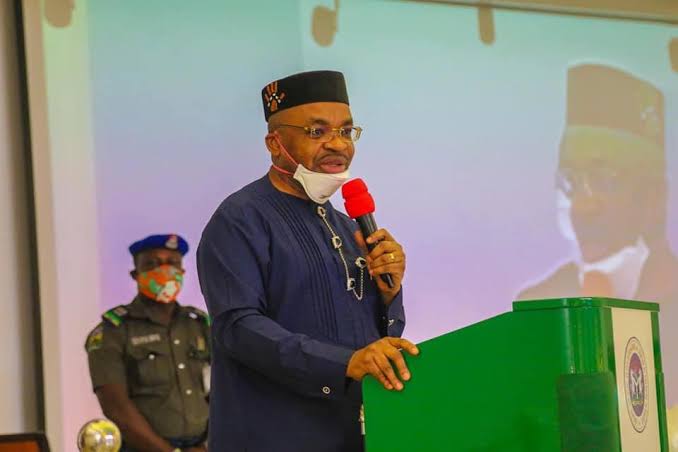 Governor Udom Emmanuel says Akwa Ibom State Government has not received any financial assistance from federal government in the fight against Covid-19.

The governor revealed this during a routine media chat to update citizens on efforts of state government in tackling the Covid-19 pandemic.

He said it was important to clear the misconception that the state was being supported financially by federal government in the fight against the virus.

As I’m talking to you, I’m yet to receive one Naira from federal government for the fight against Covid-19.

“A lot of people believe we are doing all these things because federal government has given us so much money.

“We do this because we see our responsibility to save lives and I had said that I will be at the forefront of this fight,” Gov Udom stated.

He also announced that government is planning on setting up support facilities at isolation centres to carter for testing blood sugar, blood pressure and other co-morbidities that would make management of Covid-19 complicated.

On the increase in number of infected cases, he explained that this is as a result of his appeal during the last media chat that any indigene of Akwa Ibom anywhere in the world that is infected should find his/her way back home for testing and proper treatment.

He disclosed that Akwa Ibom people from other states are coming in for treatment, saying the state will treat them because they are citizens but they shouldn’t lie about where they are coming from since this information will be useful during contact tracing.

No differences to sort out in APC, says Tinubu