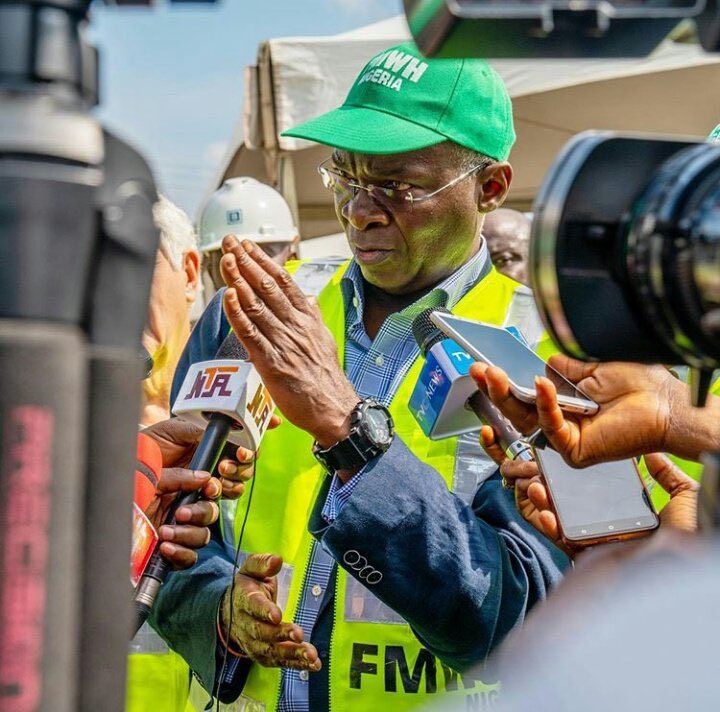 The Federal Executive Council has approved over N10 billion for the completion of road projects in Kogi, Adamawa and Gombe States.

Minister of Works and Housing, Babatunde Fashola, disclosed this to Journalists at the end of this week’s virtual cabinet meeting, which was presided over by President Muhammadu Buhari.

According to Fashola: “Today what we had two memoranda for revision of project cost and all of this is in aid of completion of the projects involved. The first project is the Koton-Karfe-Lokoja section of Abuja-Abaji-Lokoja Highway.

“That cost was revised upwards by N3.076 billion. The reason was that about two years ago, there was a very bad accident on the Gudu-Hada Bridge that damaged the bridge, a truck caught fire, so the bridge had to be reconstructed.

“It was initially just to be repaired in the main contract, so we have to construct it as an emergency work then. Now the contractor has filed the claims for it. That’s part of it, then to provide additional drainage into Lokoja town and also to repair some of the sections that have failed because that road was awarded since 2006 so we are just trying to complete it.”

“The second road is the Cham-Numan section of the Gombe-Yola Highway. The revision of the cost is by N7.607 billion. This is to cover the cost of replacing about 11kilometres of what we call black cotton soil.

“This is very bad soil on the side near Savannah, that soil always cakes when it is dry season, it gets marshy when it is wet season because it’s clay soil. So, the contractor has to remove all of that soil over 11 kilometres and replace it with better soil and then build some drainages to deal with drainage challenges in that area,” he said.

The Works Minister said the Council approved the two revisions in line with government’s determination to make life easy for Nigerians.