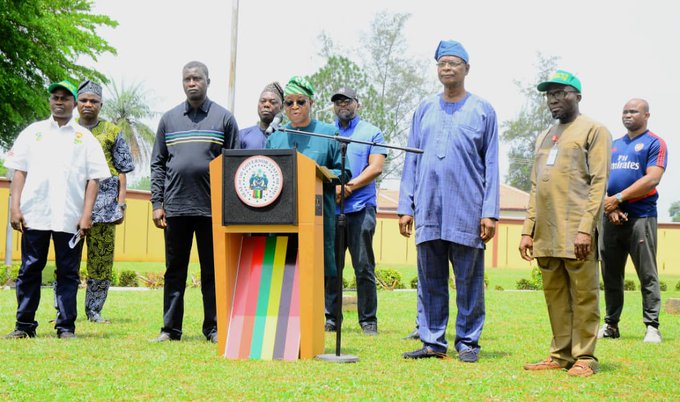 Secretary to the state government of Osun state, Wole Oyebamiji has tested positive for Coronavirus.

Some of his staff were also confirmed positive. This was disclosed by the state Commissioner for health, Dr Rafiu Isamotu.

In a press release on Wednesday, Isamotu hinted that there are strong indications that Osun now has community transmission around Ilesa Axis of the state, warning that unless citizens and residents change their ways, government might be forced to impose another lockdown on the state.

While noting that the new confirmed eleven cases were from the contact tracing of previous cases in the state, the health commissioner also revealed that with the latest development, the number of confirmed cases in the state has now risen to one hundred and twenty-seven with seventy-four active cases.