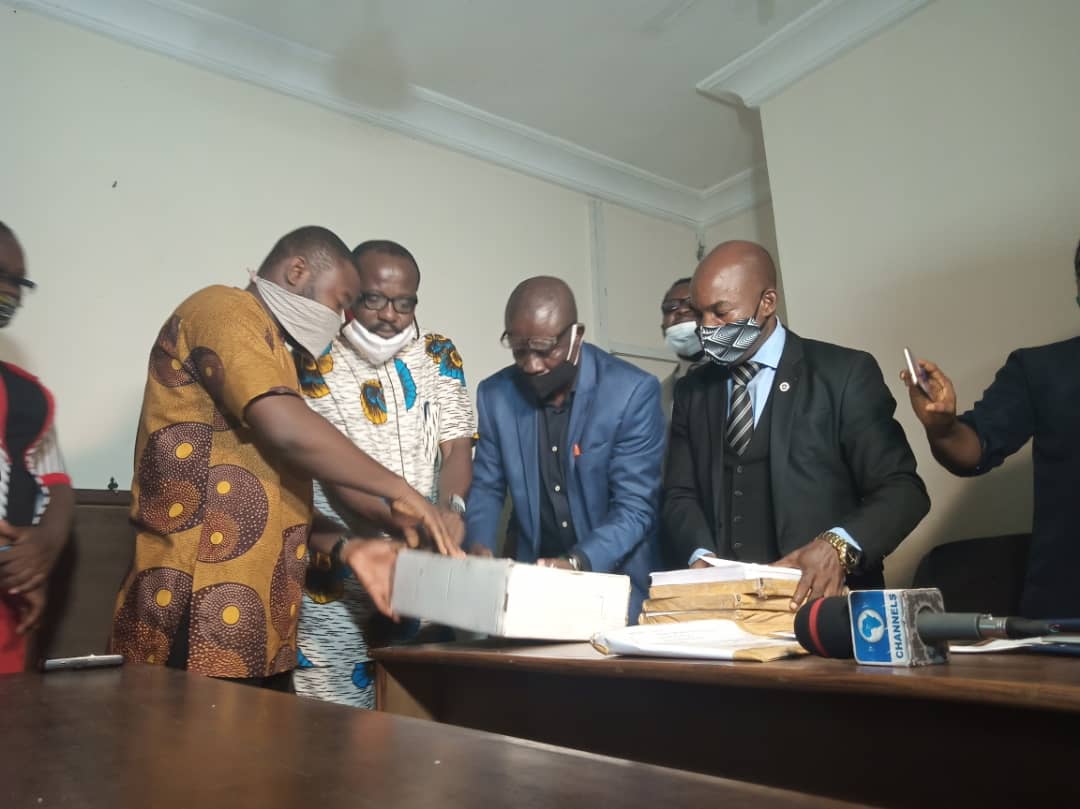 A Belgian firm, Port of Antwerp International, and CPCS Transcom of Canada were today, 24/06/2020 presented as bidders for the Cross River State proposed Bakassi Deep Seaport, with state authorities insisting that the project will be privately funded.

The event which took place at the conference room of the State Planning Commission, Calabar had the bidders participating virtually through zoom.

Speaking at the event, Chairman Steering Committee for the Integrated Bakassi Deep seaport project and the Chief Economic Adviser of the State, Dr. Francis Ntamu assured that the project will not fail.

According to Ntamu, the Public Private Partnership (PPP) model of the seaport project has completely eliminated uncertainty about its completion.

“The beauty of PPP is that it takes away the anxiety of whether or not the next administration will want to carry on with the project. Once there are shareholders and stakeholders, it means that the project is already in the market place and this eliminates uncertainty factors. This is what the PPP model seeks to achieve.

“Cross River State Government is not necessarily bringing money to the table for the Bakassi Deep Seaport project. The money will be coming from highly credible international players in the maritime sector. That for us is the key strategy that His Excellency, Professor Ben Ayade foresaw when he came into office in 2015. And that is the way forward because most world economies today are private sector driven,” Dr.Ntamu said.

Outlining the economic potentials of Cross River, he said: “Cross River is one of the few states in Nigeria that have the benefit of three economies- blue economy which has to do with the opportunities that come with maritime, the green economy which is the opportunity that comes with our rich forest reserve and the brown field economy e.g Tinapa, International Conference Centre etc. When you fuse these three economies what you have on the table is massive triple posterity.”

On his part, the Director- General of Cross River Bureau of Public Private Partnership (BPPP), Odiba Odiba explained that the PPP model for the seaport project “will be on the basis of design, built, operate and transfer.

“The private sector is the engine for driving economic development and that is basically what we are doing with the Bakassi Deep Seaport project. Whether or not His Excellency, Professor Ben Ayade will finish the project before his tenure runs out is not the question, the main thing is that we have a visioner, someone that opened the space and that person is His Excellency”, the DG stated.

Also speaking, Dr. Eric Akpo, Senior Special Adviser, Technical and Marine Operations to Governor Ben Ayade, held that the project is prime for success as some of the challenges it is supposed to be facing now has already been taken care of.

Eric added that land for the project has been acquired, site clearing has been done and reclamation has begun, something that has endeared the projects to the numerous interested investors.

Chinese restaurant in Lagos shut down over racial discrimination