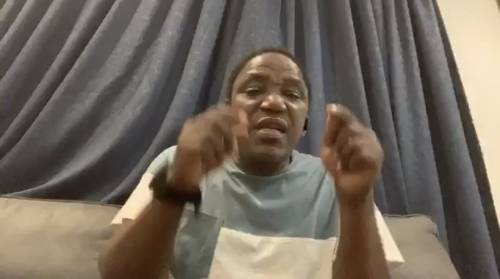 Former Sports Minister, Solomon Dalung, has while lamenting the persistent killings in Nigeria’s Northern region described the President Muhammadu Buhari-led government as the worst in the country’s history.

Dalung, in a trending video on his verified Facebook page, decried how innocent citizens were being killed across the Northern region despite huge security expenditure.

He reminded President Buhari that more Nigerians residing in the North were being killed under his watch than at any time other time in history.

Speaking in Hausa language, transcribed by Sahara Reporters, Dalung, who served as a minister under Buhari from 2015 to 2019, described the regime as a failure.

He criticised the President for allegedly allowing security operatives to plunder the nation’s treasury without commensurate results.

He said, “Mr President, you have given these people more money, yet we continue to lose more lives.

“These people are only enriching themselves with public money Mr President.

“Sadly, you have once mentioned that they were disobeying your orders; I mean orders of the Commander-In-Chief, so why are you still tolerating them?

“Mr President, it’s high time you let go of them because their continued stay is only rubbishing your administration.

“I’m not a prophet but I can predict (that) if no action is taken on these traitors within your government, you’ll bitterly regret it by 2021.

“From Borno to Kwara and from Plateau to Sokoto, human life has become cheaper than that of a chicken.

“Take for example, how innocent souls are perishing, and needlessly so, in your own home state of Katsina.”