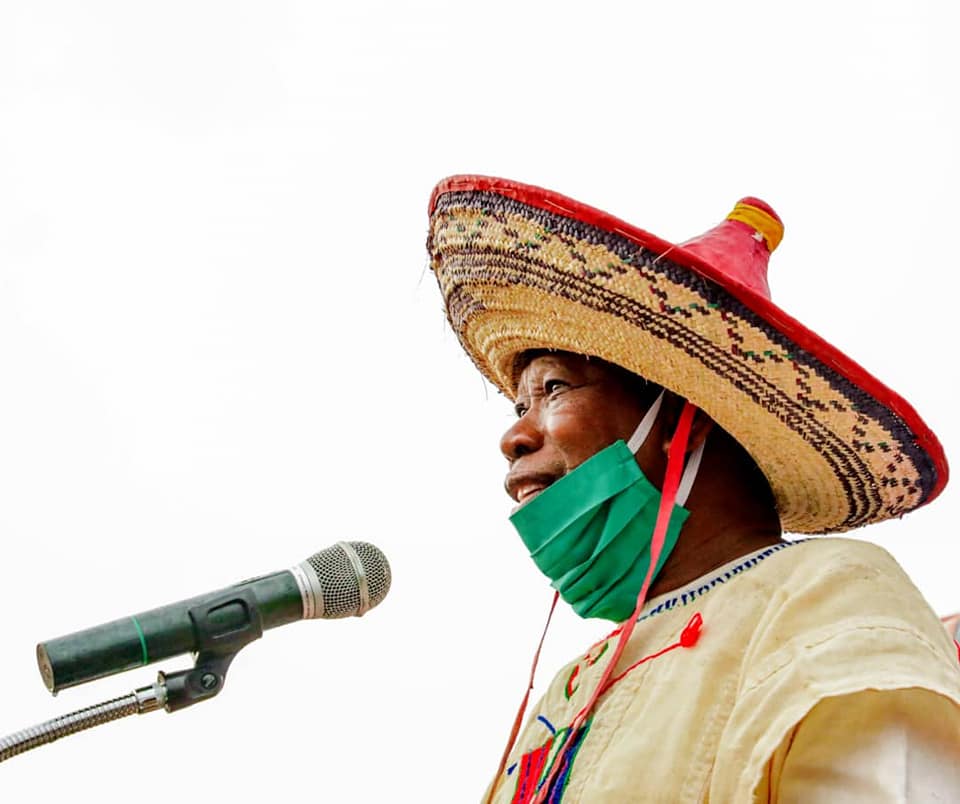 Governor Abdullahi Ganduje of Kano State has called on the Federal Government to seek the review of the West African Protocols that allowed for free movement to stop herdsmen migration to Northern Nigeria.

Ganduje made the appeal on Saturday during the inauguration of 200 Ruga Housing Settlements at Dansoshiya village in Kiru Local Government Area of the state for Fulani cattle rearers.

According to him, there is need for the federal government to use the international blockage created by the novel Coronavirus (COVID-19) to stop the migration of dangerous weapons carrying herdsmen to Nigeria.

“Such movements of the herdsmen always cause conflicts and destruction of human lives,” he said.

The governor urged the federal government to seize the opportunity of the COVID-19 pandemic blockage to act on migrating herdsmen.

“One can clearly see that these migrating herdsmen always move with dangerous weapons and are the ones causing conflicts in most places around the North and the nation at large,” he said.

The governor also invited herdsmen from across Nigeria to come to Kano and enjoy the bounties of his government’s new Ruga Settlements.

He noted that the settlement had all the basic infrastructure,  including water, grazing reserves and milk processing factory and markets.

Ganduje expressed concern over the long sufferings of herdsmen whom, according to him, have suffered enough humiliation in Nigeria by way of loss of lives, stealing and rustling of their cattles and others.

He added that his administration had constructed four million litres of earth dams for the  Fulani cattle rearers who would have no cause to move away in search of water.

He said that his government had earlier sent some 74 Fulani children to Turkey to study milk processing and other vital things that would help them to settle down at a place.

Ganduje reminded that a true Fulaniman was not known for violence but because of the alleged humiliation they were usually subjected to, they were being forced to retaliate.

“Today you see a Fulaniman doing robbery, kidnapping and other social vices, therefore the need for a Ruga Settlement for him is highly desirable,” Ganduje said.

He added that the irony of the whole thing was that a gallon of milk was costlier than a gallon of petrol, which clearly showed that an average Fulaniman was not poor, neither was he stupid.

”It further revealed that most of the dangerous weapons carrying herdsmen comes from Mali, Cameroon and other African nations,” he added.

Speaking on behalf of the beneficiaries, the Kano State Secretary of Miyetti Allah, Malam Zubairu Ibrahim, commended the governor for fulfilling his promises on the project.

He assured the governor that they would ensure proper utilisation of the project. (NAN)

CAN asks FG to intervene in Taraba violent attacks