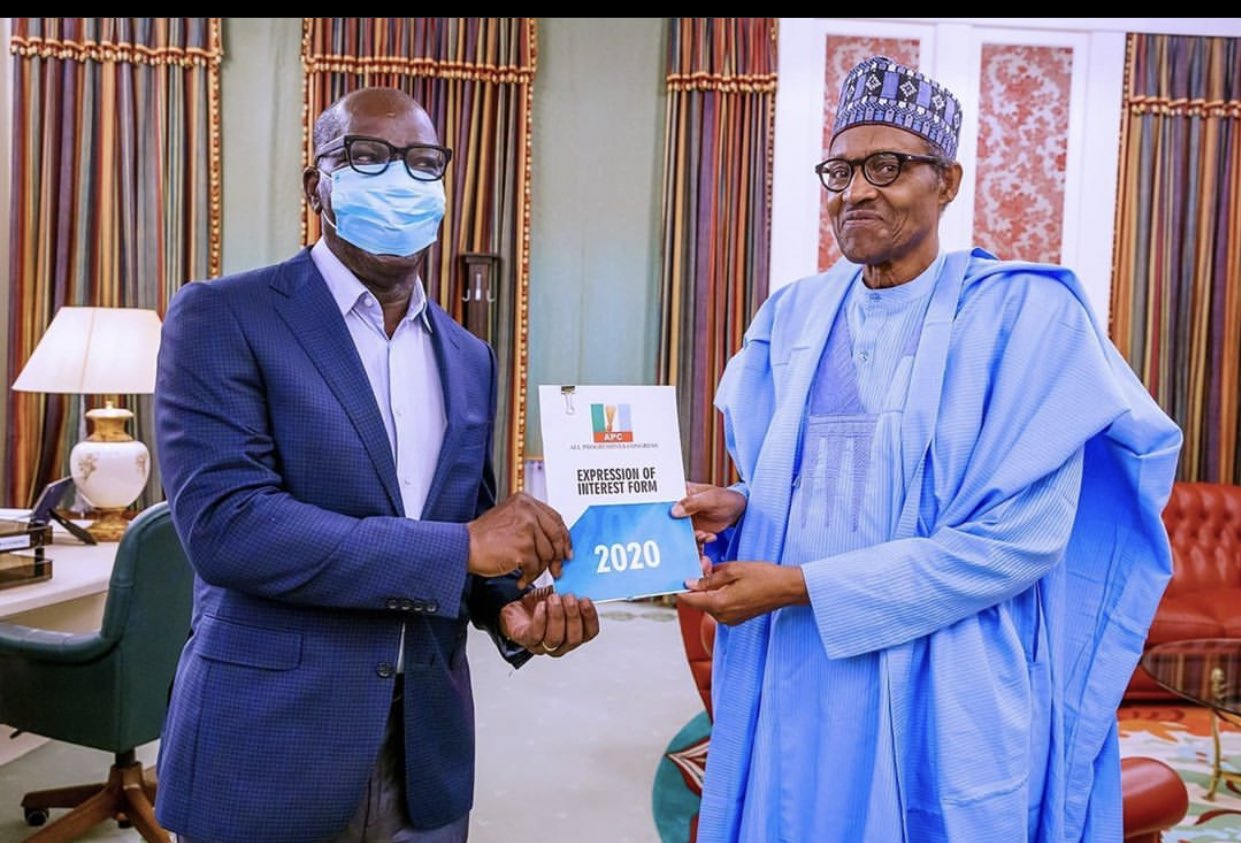 Dailytrust is reporting that the Edo State governor Mr Godwin Obaseki arrived at the presidential villa on Monday, 1 June, 2020 to meet with President Muhammadu Buhari as the state prepares to go to the polls in September.

The visit is believed to be aimed at seeking the president’s intervention in the political conflict between Obaseki and the National Chairman of the All Progressives Congress (APC), Adams Oshiomhole.

The rift between Obaseki and his predecessor made headlines in 2019 as both men fought for control over the party affairs in the state.

The feud between the Obaseki and Oshiomhole has polarised the party in Edo State. Last Tuesday, the faction loyal to Oshiomhole endorsed Pastor Osagie Ize-Iyamu, as its consensus candidate for the June 22 governorship primary election of the party. Ize-Iyamu, widely seen as the preferred candidate of Oshiomhole, will now slug it out with Obaseki at the primary.

He was the Peoples Democratic Party (PDP)’s candidate in the 2016 gubernatorial election and only returned to APC in December, 2019. However, some governors and their trusted allies said whether using direct or indirect primary mode to elect a candidate, they will ensure Obaseki picks the APC ticket and win the September governorship election.

Meanwhile, several governors in the APC are holding a meeting with the Oshiomhole in the party secretariat to try to mend fences between the duo.

Related Topics:OshiomholeEdo governorship election
Up Next