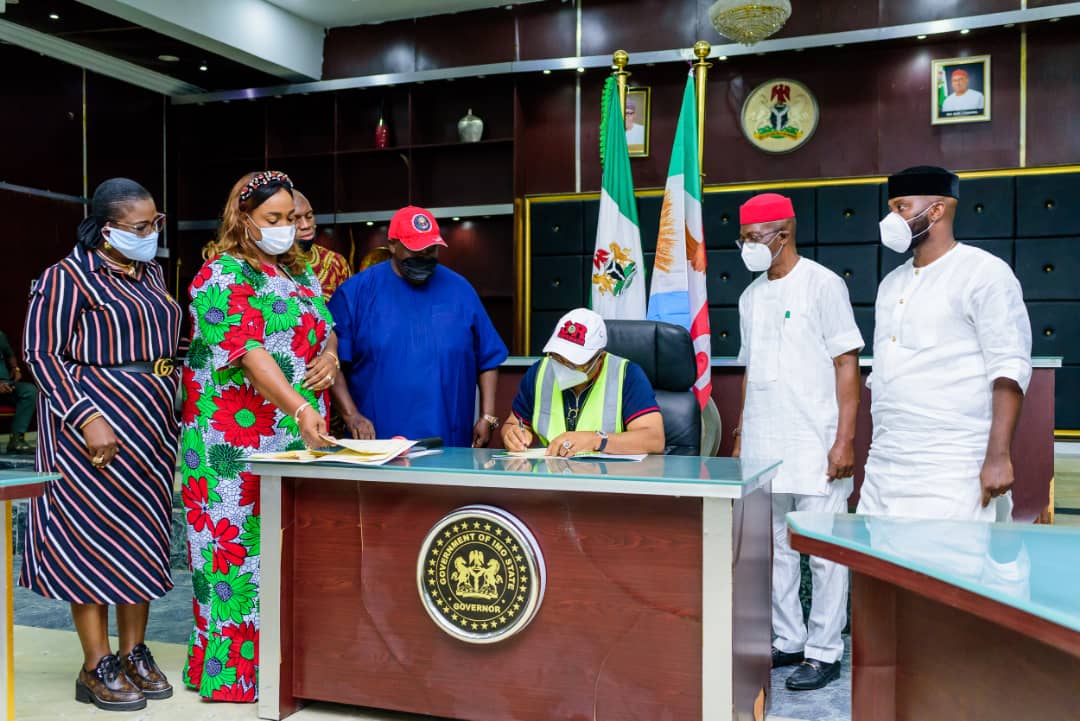 Governor Hope Uzodinma of Imo, has assented to a bill repealing the law that created pension allowances and gratuities for former governors, deputy governors, assembly speakers and deputy speakers.

Signing the bill into law in Owerri on Friday, the governor noted that the erstwhile law runs contrary to the 1999 constitution as amended, which stipulates that a pensioner must have worked for at least 10 years and must be up to 45 years of age.

He regretted a situation where some of the beneficiaries of such payments also get huge amount of money as salaries and allowances in other positions they occupied such as serving as senators or members of the House of Representatives.

“Apart from the inconsistency of such a law to the provisions of the ground norm, which is the Constitution of 1999 (as amended), this has led for a very long time a precedence that does not encourage diligence and prudence in service delivery,” the governor said.

He, however thanked the State House of Assembly for rising to the occasion and embracing totally the desire of government to strengthen the Internally Generated Revenue (IGR) base of the state.

He assured the people of the state of his commitment and desire to grow an economy that will stand the test of time.

On his part, Speaker of the Imo House of Assembly, Chiji Collins, said  that the house of assembly presented two bills for the governor’s assent: the Bill on Imo State University of Agriculture and Environmental Sciences and Bill on the Repeal of Pensions and Gratuity.

He said that the Bill on Pensions and Gratuity has long been repealed in many states of the federation when it was discovered to run contrary to the 1999 Constitution of the Federal Republic of Nigeria (as amended).

Present at the signing of the bill into law were the Dep. Gov. Prof. Placid Njoku; the Deputy Speaker of the Assembly,  Amara Iwuanyanwu; the Majority Leader, Uche Ogbuagu and other members of the House, as well as some members of the State’s Expanded Executive Council.