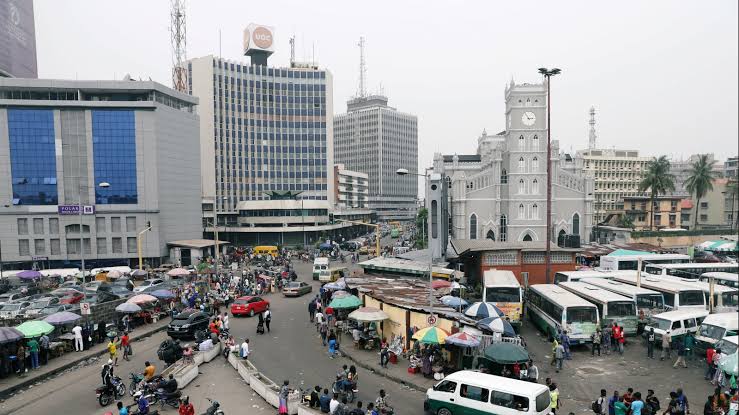 Have you ever been advised to diversify your income?

Diversifying your income entails creating multiple sources of income. This is important because the future is uncertain, and relying on a single source of livelihood can be risky.

Similarly, if you’re an investor, you’ll be advised to diversify your portfolio. The thinking is the same: putting all your eggs in one basket increases the risk of loss of capital.

A country is made of individuals who strive to earn a living by creating value. In the case of Nigeria, we have an estimated population of 200 million people, a significant proportion of which is eligible for work. The efforts of all these guys create value which we will call the gross domestic product (GDP).

Like the individuals who make it up, a nation needs to diversify her portfolio. This is a no brainer as it safeguards against the risk of loss of earning.

So, what do we have in Nigeria?

The majority of Nigeria’s labour force is employed in the primary sector of the economy, especially in agriculture. According to the NBS reports in 2017, agriculture employed 48% of Nigeria’s workforce of 77.5 million people. This is a classic example of the workforce structure in a developing economy which is characterized by dependence on extractive industries such as agriculture and mining.

For years immemorial we’ve had people drum up economic diversification. Indeed, if you could go back to all the previous election campaigns since the discovery of crude oil in commercial quantities in Oloibiri, you’ll be sure to see all heads of state, whether democratically elected or installed via coup d’état promising to diversify the economy and reduce Nigeria’s reliance on oil.

The importance of this cannot be overemphasized. As you know, the Nigerian economy is vulnerable to the dynamics of the global oil market, a drop in international oil prices will be strongly felt back at home. Indeed, the naira continues to suffer depreciation when oil prices drop below an acceptable threshold.

A layperson might ask why the much talked about diversification is proving so difficult, or even impossible to achieve. If they’re curious, they might start to pay attention to economic figures, like those from the NBS.

One place to look at will be GDP reports. GDP shows the avenues through which a country’s people create value within the country. So it’s not concerned by citizens in the diaspora.

You can imagine their surprise when they see the GDP figures. They might even doubt its accuracy.

So what’s all the fuss about diversifying the economy away from oil? Oil makes up a small portion of Nigeria’s GDP, contributing only 8% while employing 0.17% of the labour force in Q3 2017. Agriculture, on the other hand, contributes more than 3 times to the GDP than oil (2019: 25%)

If that is you, I understand your shock. Most people will be surprised too.

But let’s back up a bit. Remember when I mentioned earlier about diversifying your portfolio? Yes, Nigeria’s portfolio seems diversified enough. Certainly, we can create more value and increase the GDP per capita, reported by the World Bank to be USD 2,028 in 2018.

This indicates that we have room for improvement and we seem to be on the right path, especially when you consider that over 41% of the Nigerian population is below the age of 14 years. Hence, a high number of dependants.

Why do we work? You guessed right, to earn a living.

How do you earn a living from your work? By creating value that someone is capable and willing to pay for.

If this is true, then we need to dig deeper into the NBS library. We need to look beyond the activities to see the value that comes from exchanging goods/services for money.

For a country, that comes in the form of exports.

In addition to having a diversified GDP, you need to export that value to people in other countries and earn foreign exchange. This is essential for a developing country like Nigeria that is import-dependent, has a small economy (USD 400 billion or NGN 144 trillion), an unstable local currency, a growing and young population, low external reserves and huge public debt.

So you see, those politicians aren’t lying about diversification. But they aren’t telling it right either.

Let’s look at how we earn money through exports.

Remember the advice about diversifying your income?

Nigeria needs to diversify its exports from oil. Oil currently accounts for more than 85% of all exports by value. A quick look at government revenue sources echoes the same theme: oil accounted for 59% of government revenue in 2018.

Despite being a small part of the GDP, oil has been a highly valuable product for the global market. More than any other offering from Nigeria. It also requires less time to develop once discovered, making it more attractive than other sources of income. As the government enjoyed an inflow of cash from oil, the willingness to develop other sectors started to quickly evaporate.

Rather than develop other industries which already contribute to our GDP, the focus moved to quick oil money. Spend more money, increase the size of the government and civil service, encourage population boom and just pump more oil.

With the COVID-19 pandemic and price wars between top oil producers, global production of oil now exceeds demand and prices have crashed. The black gold is now worthless and nobody wants it.

A slump in sales. A backlog of cargoes without buyers. Free money becomes no money. We’re stuck with a raw product we can’t use because local refineries are dead and there is insufficient storage infrastructure.

So we face the music and dance to the beat.

Why do we rely so much on oil exports when we have other larger GDP contributors?

Large population. 200 million people is a lot of mouths to feed so we consume most of what we produce, leaving very little for exports.

Value addition is lacking. The focus on oil has seen us miss out on innovation to scale production in other industries. Our productivity level is low despite the size of our population. A lack of infrastructure and a moribund manufacturing sector means we cannot add much value to our products. And people pay for value.

Government policies. Despite all the talk of diversification and opening up the economy, the Nigerian government continues to meddle in the affairs of private businesses. Our failure to define our economic system means we have policies that are inconsistent with our goals. A government that wants to play regulator and competitor. A CBN that wants to dictate how commercial banks should act and balance its monetary policies with political commitments.

The NNPC which is supposed to be a business but continues to burn a hole in the treasury to keep big oil companies and businessmen happy while robbing the poor of their chance at a better life by silencing them with a needless subsidy regime.

Bad behaviour and corruption. The impunity, nepotism and cronyism promoted across government and private sectors in which accountability takes the back seat and it is business as usual. Despite all the promises and campaign propaganda, and changes in government styles (democracy and military), ruling parties and rulers have changed nothing.

A can of confusion.

What should Nigeria do?

The government reels out figures and promises to boost agriculture so we can feed ourselves and become food self-sufficient. But that’s not our problem.

We need to feed the world. We need to boost other sectors of our exports and the government needs to earn more money from non-oil sources. None of that will happen if we don’t address the underlying structural challenges. We can continue to bury our heads in the sand but the problems will remain when we bring the heads out.

Fix electricity. Energy costs represent a significant portion of overhead costs, especially in the manufacturing sector. Despite Nigeria’s large population and energy demands, the biggest oil producer in Africa continues to struggle with supplying power to its people.

Despite the failed privatization, many rural communities do not have power – my community back home has not seen electricity in years – while people in the cities a overcharged for epileptic power supply. The standard Nigerian household has at least one generator as its main source of power (national supply is a backup).

Show some concern about infrastructure. Take a look around you, everything is broken. Healthcare, road network, education, research etc. The craze for oil has robbed Nigeria many years worth of development. There needs to be quick, decisive action to fixing the rot in our infrastructure, both in the cities and villages. By building infrastructure, Nigeria can open up the economy and link all relevant parts of the value chain to enhance the flow of capital and human resources.

Improve productivity. The Nigerian economy is small for its size, and that’s because value creation is low. A direct effect of fixing infrastructure and electricity will be reduced costs of production and increase in creativity as barriers to entrepreneurship are eliminated.

The continued focus on agriculture as a way of ending poverty and unemployment is, at best, a short-term measure. But by addressing infrastructural challenges, we can release more people into other sectors of the real economy and increase their chances of earning more, thereby growing the GDP.

Adopt clear government policies. We need forward-thinking people in government. It’s quite admirable that we are seeing more technocrats vying for political elections and appointments.

We also need the citizens to demand good governance and clear directions from elected public officials. This includes government lowering its level of involvement in private business and creating an environment that fosters the ease of business.

Elect sensible people. If wine gets better with age, then we can conclude that Nigeria isn’t like win. As the country ages (pick any of the 2 significant dates: amalgamation in 1914 or independence in 1960), we seem to continually improve our capacity to elect the worse people into public office.

Just take some time to listen to an average politician (or worse, a political appointee) and you’ll be amazed at their ineptitude and lack of forward-thinking.

Could it be poverty or illiteracy?

ISAAC OMOLE is a business analyst

Related Topics:economic diversification
Up Next

Femi Adesina: Some Nigerians use foul language, harangue their President, abuse him