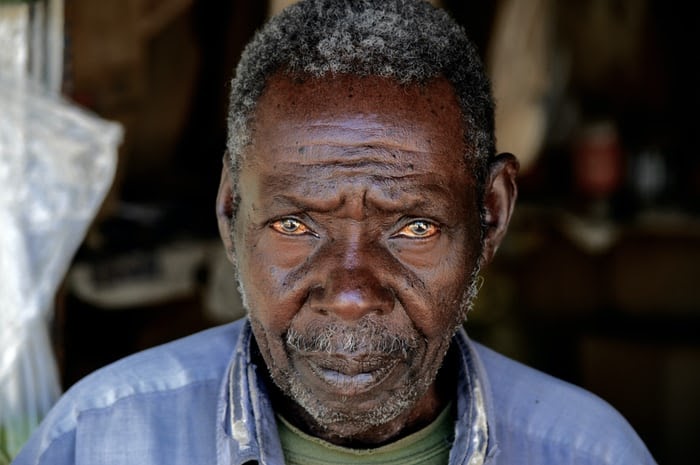 At 22 years old, Korede Adazie, juggles four jobs as a Niger state corps member. At the end of every month, she splits her earnings into 3 – one for her upkeep, one for savings and the last but most important   – she sends to her single mother and siblings for upkeep.

It is 2 years since Korede finished her National Youth Service Corps program, but she still follows this pattern.

She admits to NewsWireNGR that sending money home regularly eats into her savings; she admits that it affects her early life development and stops her chances of affording basic needs, but she is not willing to stop at any point.

Korede is not alone. She is only one of the many Nigerian and African youth navigating the institutionalised web of black tax.

In its basic explanation, black tax is the extra money that black professionals are expected to give every month to support their immediate and extended families.  It is the pocket money you send to your parents, the monthly allowance you send to your siblings,  the bad debt you give your friend, the data subscription you did for your cousin, and the payback cash you send to your uncle.

Black tax has recently received more scrutiny because of its capacity to cause financial distress to middle-class professionals as they have no savings or investment money left after having to share their salaries with the entire family. Black tax is credited as one reason many Africans cannot build generational wealth.

The presence of black tax in Africa is not far-fetched. The prevalence of poverty means many people depend on others to achieve their daily needs. Poverty makes many families toil with finances when raising their children, it makes parents bleed through their teeth and barely have anything to invest during and after raising kids.

These years of accruing debts and not investing in their prime years eventually catches up with them when they age, so the children are naturally expected to make sacrifices and carry the parental baton as soon as they can. For some, it can be spending the early years hawking in Lagos streets while for the lucky ones, they scale through the University before getting the baton.

“After all, I spent my prime years trying to give you the best education. Why can’t you help now that you earn some cash?”

However, the effects of this recurring cycle raises the question – Is black tax a fair responsibility or a romanticised burden?

Temi Bello (28), believes that black tax is a responsibility she gladly does during her interview with NewsWireNGR. At the end of each month, she pays about 40% of her income as black tax to her mom, her sister and her mother-in-law.

“It is a responsibility that I do proudly and I hope to do more. However, I am always broke immediately after getting paid”

Korede also shares the same sentiments. “Initially, I felt burdened because I had to provide for the family. I thought if my parents had been more hardworking, resilient and more conscious, I would not be paying. But all of it changed when I realized that the more I give out, the more I understand responsibilities.”

Abdullah Ahmed (27),  a young printer and NYSC member who gives 10-20% of his income to black tax, says it is a breed of the two. To him, as he narrates to NewsWireNGR, it is a necessary burden because some people have given their all for you to get to where you are.

“Black tax is a responsibility for me. If you look at the family configuration of how responsibility works, as a child when you get to a stage or point where you are earning, it is expected that you give to people that don’t have enough. And it is right because some people gave up things for you to get to where you are today.”

And there is a cultural expectation, that once you have a job, it is expected that from your earnings, you should give something to people who are aged or people who are younger.”

But at the same time, it affects my business because I sometimes give out part of the money meant to procure a machine. If perhaps I am meant to pay for 3 months, black tax extends it.

However, if you look at it from another perspective, it is more like an essential responsibility. One should see as one of the challenges you would see as an entrepreneur.”

Image and caption: Unlike developed countries, Nigeria and many African countries do not have a sustainable social welfare program for old people

For all the benefits and the opinion that black tax is a child’s responsibility to his parents, none of Temi, Abdullah and Korede wish to collect black tax from their children.

Statistics by Geo-poll says 75% of African population are youth within the range of Under 35 years old. As a majority, when youths earn, save and invest well, it improves the overall economy and when most of them use their income to offset bills and cannot save or invest; the economy bleeds.

However, the actual cost of black tax is how it eases these young adults into the same financial struggles that their parents faced. The 20s is a phase to build one’s life foundation for later life. At this stage, the individual is testing different aspects of life and raging against the comfort zone to secure the future. All his resources should be geared towards saving and investing his resources.

By placing the burden of black tax on these young adults’ shoulders, the parents gradually weaken that foundation that he is to build on to become a comfortable adult. Worst still, when he gets to the sandwich generation and now has to take care of his aged parents and his family, he enters the same financial stress his parents lived in their prime years.

Tweet image: Are young people on course to getting poorer than their parents?

Another cost of black tax is the ability to severe family ties. Black tax is called a tax and not a gift because there is some form of entitlement to its request and blackmail when not paid.  At first, the child acknowledges that there is a financial gap in the family and is happy to help out with some cash, but when the tax keeps rising and consistently gets in the way of his personal expenses; he starts to see it as a burden. For some families, withholding or refusal to pay the tax is a sin so you have to either beg profusely, avoid your friends and family members or let your relationship be damned.

To this, Temi says while others take it in good faith,  her sister reacts like a ‘terrorist’ when she doesn’t pay. “Our parents are aged with little income so she depends on me and other siblings to take care of her”. Korede says her mom insults her and nags “she will insult me first o

Black tax breeds dependency. Parents do not earn enough, but does the child also earn enough? The economy of most African countries is moving on a downward spiral, resources are getting more scarce and the competition for opportunities is getting more fierce. If the parents think their lives are hard, there is a possibility that their children’s lives will be harder.

“When you watch Nollywood Movies, you will notice that successful people are the one who are distant from their families. The reason this happens is that they would be able to take deep actions and most importantly plan their finances,” Nauteeq, 27.

For all it’s perceived faults and benefits, black tax is almost going nowhere yet. As long as people struggle for survival, give birth to more children than they can maintain and live in a country that provides no social maintenance for old people.

However, we can reduce it to manageable limits.

“Yes, black tax remains but there is a considerable reduction in the number of dependents”  Yakubu Owodina, a father of 4. Black tax was much harder back in the days where extended families were closer and parents had little ambitions for their kids. But today,  “we are gradually moving from the extended family system of life, we are not as close as before, we are a little scattered now, it is only people that are closer to you that you are likely to assist.”

Owodina, said to NewsWireNGR, he aims to build his relatives and not just feed them by equipping them with necessary skills that they can earn with. “I have had to enrol many siblings in vocations and at the end of their education, I try to ensure they get the machinery that they will use. That way, they won’t have any reason to come back to you.”

Another idea is to have an agreed and fixed amount that you will send home.

You should also not rub your wealth on their faces. Try to be secretive about the exact amount that you earn.

It would be unfair to blame parents for collecting black tax. Most of them grew into the system and saw it as a way of life while some others only request it because of financial difficulty. But the time has come for all of us to understand the long term effects of this system and encourage ourselves to make personal sacrifices, delay gratification and  hopefully phase it out as new generations emerge.

There should be emphasis on  building a progressive society where a lot of people can make money for themselves and become independent. And the government should provide social structures for old people.

Related Topics:NigeriaBreaking newsBlack tax
Up Next