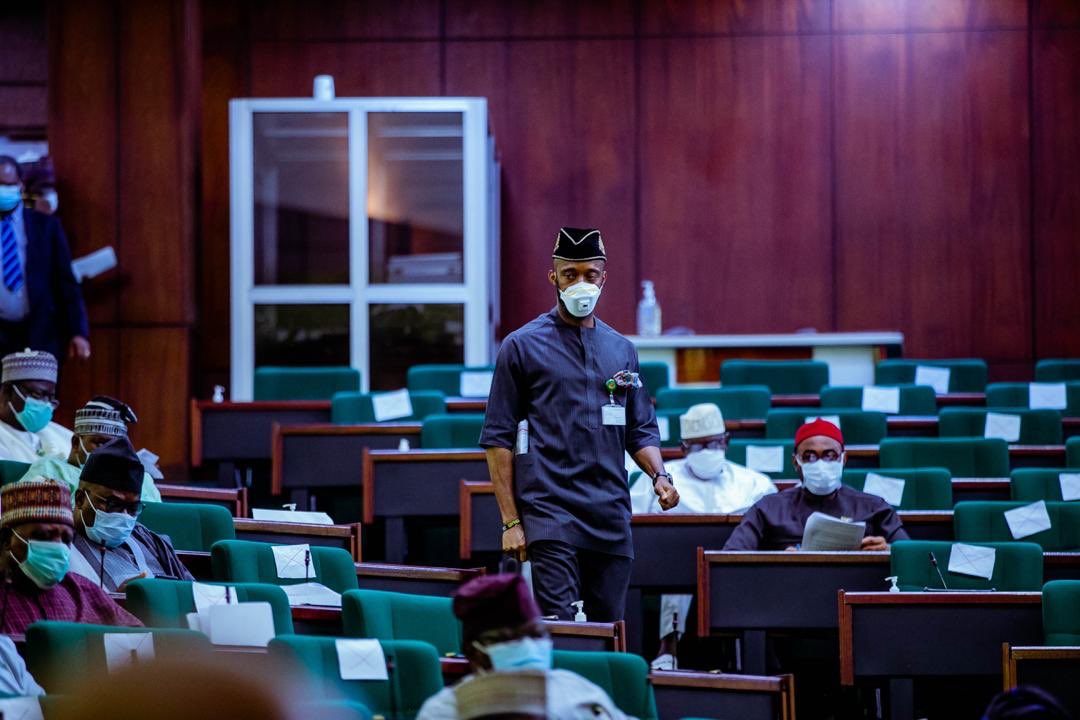 The House of Representatives has resolved to set up an investigation committee to look into all extant China/Nigeria loan agreements since 2000.

With a view to ascertaining their viability, regularising and renegotiating them.

This was sequel to a unanimous adoption of a motion by Rep, Ben Igbakpa (PDP-Delta) at the plenary on Tuesday.

Moving the motion earlier, Igbakpa said that the National Assembly, the arm of government responsible for appropriation had been kept in the dark on how most of these Chinese loans were collected and utilised.

He said there is widespread global concern about the fraudulent, irregular and underhand characteristics of Chinese loan contracts with African states.

According to him, it has resulted to a new form of economic colonialism foist by China; there is an urgent need to subject all subsisting Nigeria/China contractual loan agreements to forensic fiscal scrutiny and review.

He said that records from Nigeria’s Debt Management Office (DMO) revealed that the People’s Republic of China emerged Nigeria’s major creditor under the bilateral deals with $2.3 billion out of $3.3 billion.

“Transportation and ICT sectors have six projects each financed by loans from the Chinese bank, while energy, agriculture and water sectors, respectively, have three and two projects tied to Chinese loans.

“According to the Daily Post of Sept. 5, 2018, the first Chinese loan to Nigeria was agreed on March 27, 2002, as follows: $114.89 million each for constructing two 335 MW gas power plants, namely Omotosho and Papalanto (Olorunshogo) in Ondo and Ogun States, respectively.

“Both plants were completed in 2007; the loan was obtained at six per cent interest rate and it covered 65 per cent of the costs of the project, while Nigeria then covered the 35 per cent balance.

“Four months after, two other loans totalling $159.83 million for rural telephony were offered at a 3.5 per cent interest rate.

“The last loan obtained by the government from China was $328 million used for the National ICT Infrastructure Backbone II Project.

“At the last count Nigeria has obtained 17 Chinese loans to fund different categories of capital projects and Nigeria would still be servicing the Chinese loans till around 2038, the maturity date for the last loans obtained in 2018,” he said.

The legislator expressed concern that the IMF as reported in the Guardian of Nov. 3, 2019, had raised the alarm that most of the Chinese deals are not Paris Club compliant, and for which the World Bank has blacklisted six Chinese companies currently operating in Nigeria.

According to him, this is over alleged fraudulent corrupt practices including deceptive tactics, illicit trade, extortion, Greek gifts and neo-colonial proclivities.

Igbakpa said that one of the blacklisted companies, China Civil Engineering Construction Corporation (CCECC), is the major vehicle through which Chinese projects in Nigeria are financed.

“This much has been corroborated by Minister of Transportation, Mr Rotimi Amaechi, who stated that since China was financing the projects through the China Civil Engineering Construction Corporation (CCECC), the contractors had 100 per cent execution right on them.

“This means that materials and skills are imported from China thus undermining local industry and jobs.

“The fact that some of the latest loans tied to the said CCECC as reported in Guardian of March 3, 2020, are as follows:

“The Federal Government in 2016 signed a $5.1 billion Kano–Kaduna and Port Harcourt-Calabar rail contracts; in 2018, the country signed a $6.7 billion for Ibadan-Kano rail.

The lawmaker said that amidst widespread allegations of heavily inflated Chinese contracts and fears expressed by stakeholders that most of the projects allegedly did not follow extant regulations, particularly the Public Procurement Act,  which enforces tendering or competitive bidding.

He said that industry watchers have also raised fears over why the Public Procurement Bureau (PPB), the National Assembly and Debt Management Office (DMO) were bypassed in the approval and execution of these loan regimes.

He said this was done knowing full well that 70 per cent of the corruption in the country is being fuelled by contracts.

Igbakpa said that Nigeria is the most vulnerable in the bilateral loan pacts with China because Nigeria is susceptible to currency volatility risks.

According to him, such risks, most often are transferred to the country with a weaker economy.

“In this connection, we must heed the warning of the IMF Director of Monetary and Capital Markets Department, Tobias Andrian, in the Guardian Sunday Magazine of Nov. 3, 2019.

“It says that because these Chinese loans do not conform to the Paris Club standards, if there is any debt restructuring down the road one day, that can be very unfavourable to those debtor countries,” he said.

Igbakpa recalled that in Business Day of May 14, 2019, countries like Sri Lanka, Zimbabwe, Djibouti, Zambia, Namibia, Kenya and Angola, are at the verge of forfeiting their infrastructures to China over unpaid debts.

He said that industry watchers such as Obadiah Mailafiya, a former Deputy Governor of Nigeria’s Central Bank, who played a key role in Nigeria’s debt relief negotiations with the Paris Club of public creditors in 2005, and Dr Oby Ezekwesili who also helped Nigeria’s debt forgiveness during her time as Director at the World Bank, have warned.

According to him, they said that the assistance from China will come with a price of economic takeover if Nigeria is unable to repay her loan.

The legislator said that the Chinese attitude to indebtedness is the hardest in the world as they do not offer debt relief or cancellation.

“Further worried by the startling revelation as published in an online article by Mma Ama Ekeruche in Stears Business Economy Oct. 26, 2018, that Chinese companies generate their highest revenue from Nigeria.

“Between 2000 and 2016, these companies have earned $34.2 billion from implementing projects in Nigeria, some of which are tied to loan agreements.

“On employment, about 64,500 Chinese workers are employed locally thus we are forgoing alternative streams of income and jobs,” he said.

The house resolved that in the light of the COVID-19 starting from China, the House Committees on Treaties, Protocols and Agreements, Finance as well as Debt Management be mandated to liaise with the Ministry of Finance and the Debt Management Office to seek for review or outright cancellation of latest China loans to Nigeria, on the principle of force majeur.

The green chamber also recommended that henceforth, loans should be in tandem with statutory obligations as prescribed by the Fiscal Responsibility Act