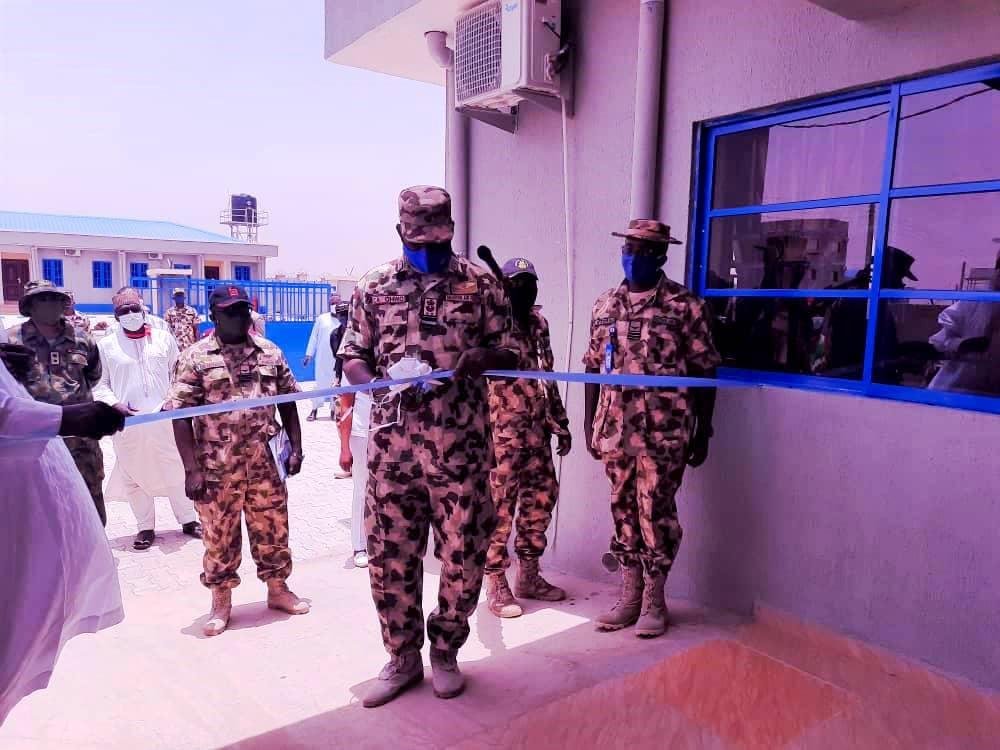 In order to boost its contribution to the fight against armed banditry, cattle rustling and other forms of criminality in the Northwest of the Country, the Nigerian Air Force (NAF) has completed some projects in Katsina, Daura and Gusau in Katsina and Zamfara States.

The Director of Public Relations and Information, NAF Air Commodore Ibikunle Daramola said the completed projects, which include residential accommodations and other facilities, would facilitate the deployment of additional personnel and assets to support anti-banditry and anti-cattle rustling operations under the auspices of Operation HADARIN DAJI.

Speaking during the commissioning ceremony in Katsina, the Chief of the Air Staff (CAS), Air Marshal Sadique Abubakar, who was represented by the Air Officer Commanding Special Operations Command (AOC SOC), Air Vice Marshal (AVM) Charles Ohwo, stated that the present NAF leadership had been addressing the welfare needs of its personnel to motivate them for more effective operations geared towards the attainment of national security objectives. (VON)

Islamic Cleric Arrested In Kaduna For Keeping Girls As Almanjiri