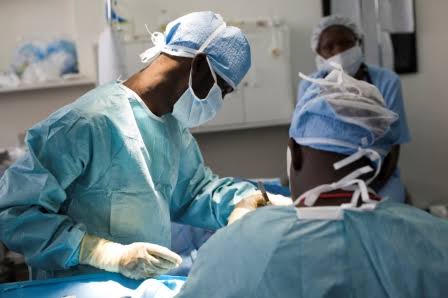 “Those trained to operate critical care units are majorly the critical care anaesthesiologists. Unfortunately, we have only 300 of them in the country. Should there be a surge in COVID-19, it will mean we are in a short supply. Generally, we do not have enough doctors in Nigeria.”

Speaking on reports that the federal government was in talks with an insurance firm to provide life insurance to health workers fighting the pandemic, the NMA president said no health worker has been given any form of insurance.

“Some insurance companies have offered to give insurance to health workers, but what we hear is ?1 million or ?2 million life insurance for highly specialized nurses, doctors or consultants. You should know that this is gross under-issuance. Let the government come out to tell us what it has done, so we know who they have insured.”

On hazard allowance, he said no health workers had received such, adding that even though the Federal Capital Territory (FCT) promised to pay ?30, 000 and ?20, 000 daily to the doctors and nurses on the front line, none of such personnel had been paid.

He also mentioned that university scholars who are to provide scientific solutions, including vaccines and cure were being owed three months’ salary by the federal government, adding that this may hamper critical scientific researches against the pandemic in the country.

Kaduna government deports over 30,000 Almajiri children out of the state to their states of origin