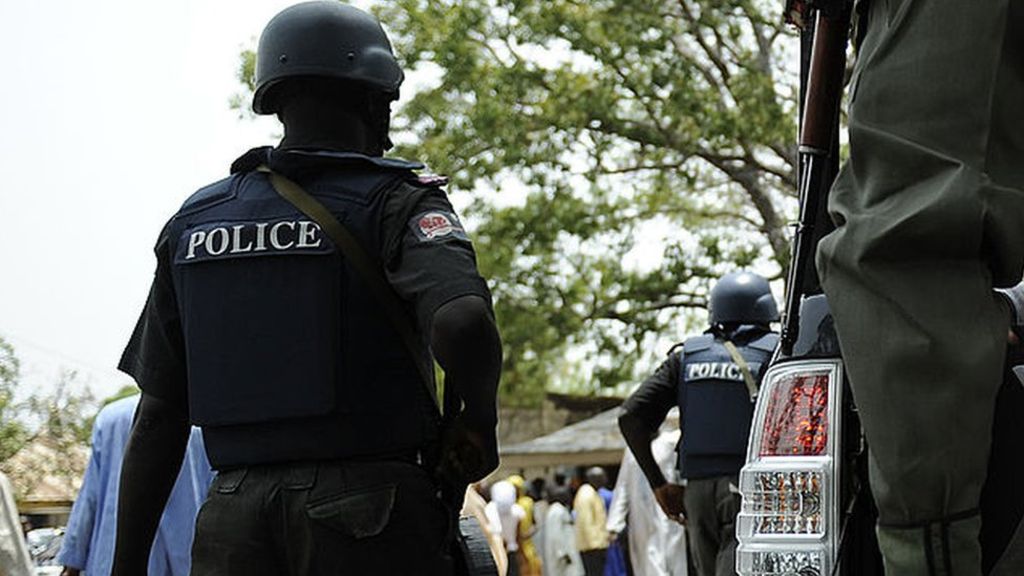 Timothy Undiandeye, a 2019 alumni of the Mandela Washington Fellowship for Young African Leaders who is based in Calabar, the Cross River State capital has shared his ordeal in the hands of Anti-cultism and Kidnapping unit in Calabar for coming out from his home without a facemask.

Timothy said trouble started when “I step out to buy sachet water, Suddenly, I hear screeching tires and a cocking gun. I’m stupefied! First thought: I’m being kidnapped! But no, it’s the police. An officer is pointing a gun menacingly to my head, saying ‘Where’s your facemask?’   The officer won’t listen to my pleas to lock my apartment. I am bundled into the back of the police van in my bathroom slippers, squeezed among six other offenders. The other policemen have their masks drawn down to their chins. Curiously, two of the civilians are handcuffed together; and have facemasks on. I later discover their crime: making a video of an arrest scene.”

Timothy added when he asked where they were being taken to, that the Policemen said they were heading to the  Uwanse Police Station but that the vehicle was going the other way.

“We are driven, commando-style, into the defunct Cultural Centre, Calabar. From what I see, part of it has been turned into a sort of police station. Several artifacts, whose sanctuary used to be the ancient facility, have been left out to the elements. I am handed over to an IPO, along with the video-making duo. I’m given no chance to defend myself, or write a statement – just a form, where I’m told to write my name only.”

Timothy said that while at the station he was scared and that negotiations for the release of the other inmates were being facilitated.

Then he was “Stripped down like a common criminal, I’m led into a dark cell, measuring roughly 10 feet by feet. The nauseating stench of piss and shit, intermingled with the odor of unwashed bodies welcomes me. A barrage of slaps from the Chief Inmate resets my senses. All three of us ‘new tenants’ are put through a baptism of fire, amid secret cult chants.

I am asked which cult I belong to. When I respond negative, Chief Inmate follows with another round of slaps, much to the delight of his co-tenants. Some of them have been here for months. Years, maybe. He orders me to drip down my boxers for an act of sodomy. I start begging for me life, as the other inmates break into hysterical laughter. He beckons on a short rascal, who wraps his hands with a cellophane and starts approaching me. More slaps. He pauses to ask me if I brought ‘house rent’. I recall that I have 1,500 naira in my trousers. He calls out to the police officer to fetch my bag, so I can pay, as with the fellow before me. The officer is delayed by a new customer, but Chief Inmate feels assured of his rent.”

Tony who said he was later “bailed” by his brother, questioned the manner law enforcement agents are going about making arrest, and asked the State Government to call the police to order as their actions may endanger others.

“While the whole world is humbled by this virus, it’s business as usual for our law enforcement agents: oppressing the common man. The novel coronavirus is deadly. But deadlier is the social injustice our system permits because it kills us slowly, and its vaccine is not in sight. I pray the virus doesn’t get here. But even if it does, the brutal task force instituted by the government may beat it at its own game.” He said.

According to a recent report by the National Human Rights Commission, Security operatives have killed about 18 persons following the enforcement of COVID-19 regulations and lock down. Anthony Ojukwu, the commission head, said civilians’ complaints of “brutality and killing” by security operatives were received from 24 out of Nigeria’s 36 states between March 30 and April 13.

Nigeria declared a 14-day lockdown in major cities in the country on March 29 to stem the virus’ spread.

60 Nigerians To Be Released From Tanzanian Prisons