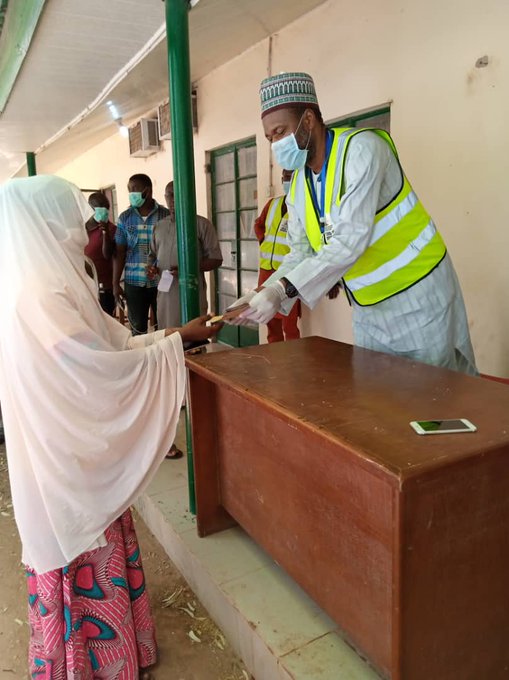 Members from the same family cannot receive money from the Conditional Cash Transfer scheme currently ongoing in many states, the Federal Government clarified on Tuesday.

It also stated that a total of 279 trucks of grains had been deployed to the frontline states that were put on lockdown by the President.

The Minister of Humanitarian Affairs, Disaster Management and Social Development, Sadiya Umar-Farouq, disclosed this at the daily briefing on COVID-19 updates in Abuja.

She further said the government was focusing on digitalising the CCT scheme and was getting the Bank Verification Number of beneficiaries as well as their mobile phone contacts to improve on the transparency of the process.

On claims that two members of a family were paid N20,000 each recently, the minister said it was highly impossible for such to happen.

Umar-Farouq said, “This is near impossible because the process involved is a very tedious one, where all critical stakeholders in the community are involved.

“The faith-based organisations, leaders of the community and other stakeholders are the ones who came up with the list of those to benefit from the intervention in that particular community.”

She added, “And if you go through the list, every particular household must be captured in all three or four of the lists being managed by that community.

“So it is almost impossible for the same members of a household to get this intervention.”

The minister noted that her ministry would look into the matter to ascertain the claim but insisted that it would be “highly impossible”.