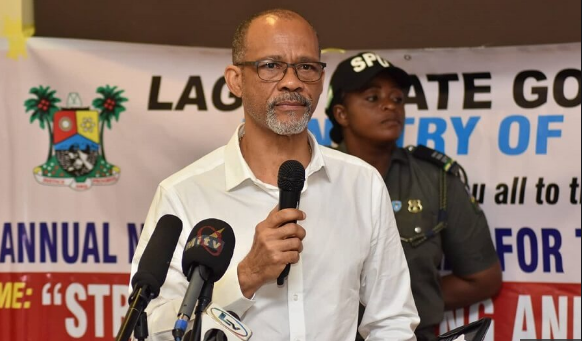 The Lagos State government has confirmed the death of two more coronavirus (COVID-19) patients at its isolation centres in the state.

The Commissioner for Health in the state, Professor Akin Abayomi, announced this on Tuesday while giving an update on the disease.

Abayomi, who made the disclosure via his verified Twitter handle, said the fatalities involved a male and a female.

He noted that Lagos, which has been the worst-hit state since the outbreak of coronavirus in the country, recorded no new case on Monday.

The commissioner explained that one of the new deaths was a 45-year-old Nigerian man who returned from India in January.

He added that the second death involved a 36-year-old Nigerian woman who had a severe underlying health condition.

Abayomi stated that the patient had no history of travel or contact with any confirmed case of coronavirus.

He, therefore, urged the residents of the state to remain vigilant and report any concern about COVID-19 infection in their various communities to the relevant authorities.

According to the state government, Lagos has confirmed a total of 379 infections with 260 active cases.

It said 98 people have fully recovered and had been discharged, while the figures of evacuated and transferred cases were two and three respectively.

A total of 16 deaths have so far been recorded in the state.