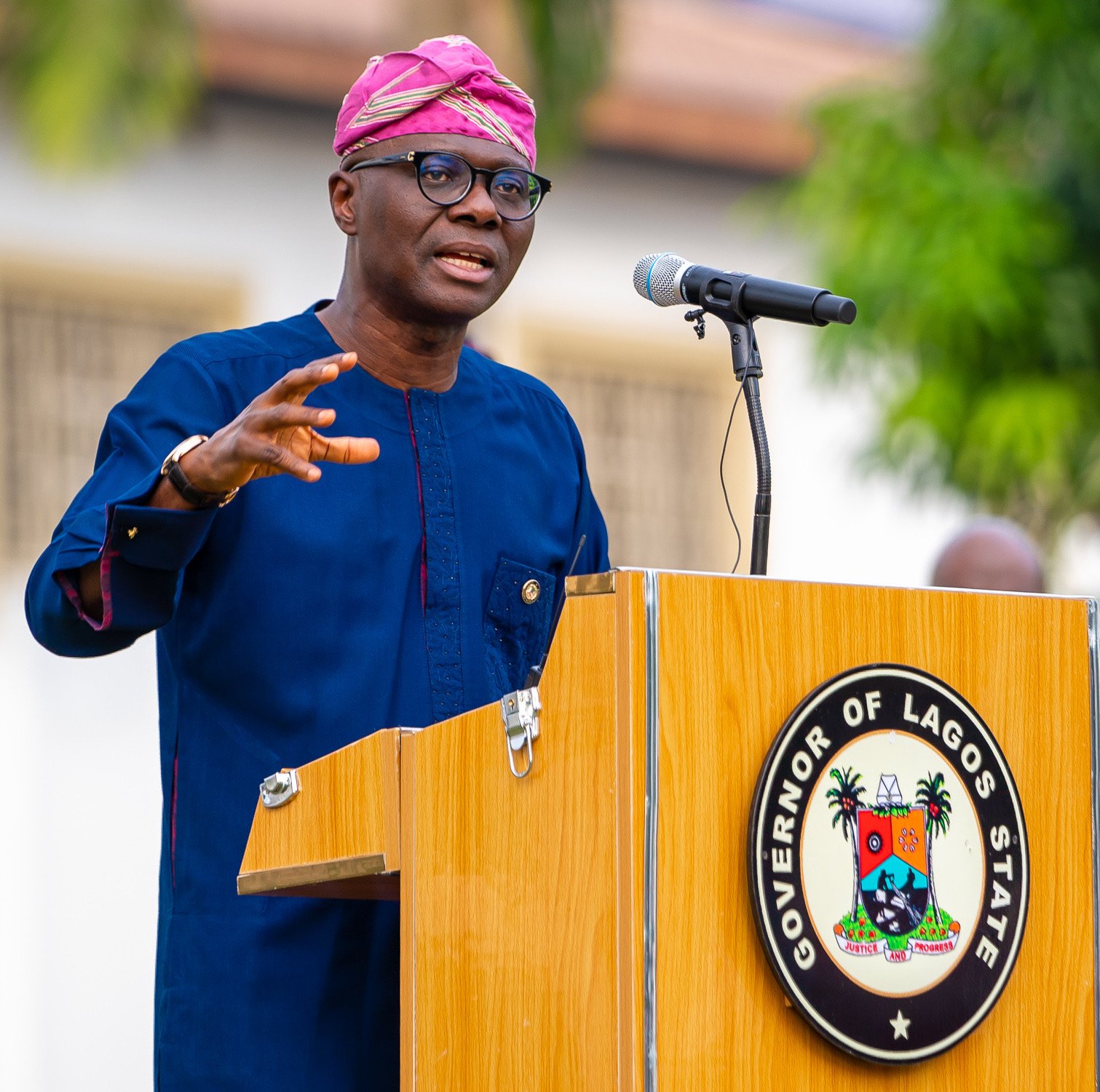 The Lagos State Government says it plans to feed 100,000 youths daily, as part of the measures to cushion the effect of the lockdown due to the Coronavirus.

Gov. Babajide Sanwo-Olu of Lagos State made this known on Tuesday at a media briefing on the update of COVID-19 pandemic.

Sanwo-Olu said that his government would continue to roll out various palliatives to cushion the inevitable and harsh economic effect of the lockdown on the citizens.

“ I am pleased today to announce additional palliatives for our citizens to further ameliorate the inconvenience occasioned by this extended lockdown.

“In the first instance, we will be rolling out measures. In the next couple of days, we will commence a daily ”Food Kitchen” programme, which will see us aim to feed about 100,000 people daily.

“This will largely target youths.

“We are identifying local food vendors who will pilot this programme, and ensure that the process of cooking and serving of the meals adhere strictly to public health guidelines,” he said.

According to him, government is also cleaning up its data from the various social registers to get a clean list of truly vulnerable and economically challenged persons to enable it to remit some cash to them.

The governor said that the state government intends to do the cash transfers by the end of the week to a minimum of 250,000 indigent citizens.

Sanwo-Olu said that an order had been issued to the Police,  LASTMA and the VIO to release all impounded vehicles arrested for minor traffic offences from March 1, 2020 to date.

He said that this directive took effect following the end of the initial lockdown.

”This will further help to cushion the effect of the lack of economic activities occasioned by the lockdown,” the governor said.

He said that when the first stay-at-home directive was given, a welfare package for the indigents and vulnerable segment of the society was announced, which encountered some hitches.

According to him, in the first and second phases of the programme, government was able to reach over 200,000 households, which include the vulnerable, physically challenged and the elderly.

”During this time as well, we were also able to feed a large number of the organised informal sector; junior members of the military and police force in Lagos, as well as minimum wage earners in the state’s public service.

”As you are also aware, we announced a medical palliative for all those that need to access medical care during this lockdown, as well as free childbirth services for expectant mothers.

“I am pleased to announce that over 18,000 people have accessed free medical services in line with this directive.

“We have recorded over 600 childbirths, all free of charge,” the governor said.