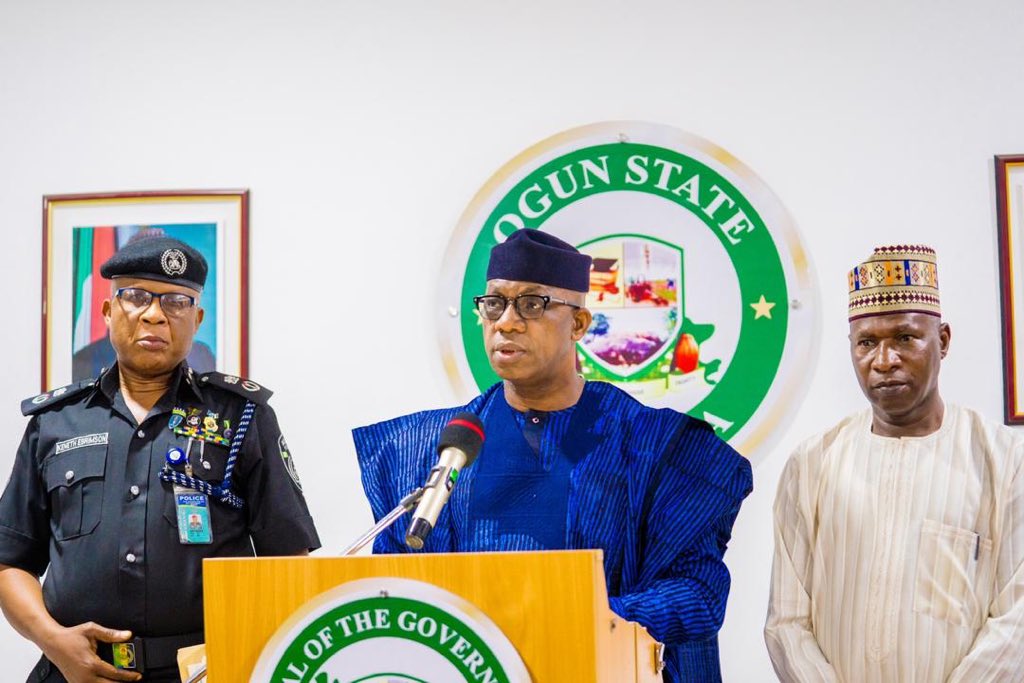 150 suspects have been arrested by the Ogun state Police Command in connection with the series of harassments, robberies, burglaries & cult clashes that occured within the Agbado, Sango, Ijoko & Ifo axis of the State.

According to a press statement released via the Ogun state government Twitter account, the state Governor, Dapo Abiodun, has vowed to deal ruthlessly with criminals in the state.

The governor said: “It has become expedient that we do not spare the rod and spoil the child. Anybody, no matter whose child he or she is, if found guilty of armed robbery, would be visited with the full weight of the law, including capital punishment”.

The governor urged the police to intensify efforts at curbing the nefarious activities of criminals, asking them to smoke out their hideouts and promptly investigate those involved in the nightmarish activities, not only in Ifo and Ado-Odo local governments but across the State.

He said the State would avail all other security outfits, including the Department of State Security Service and the armed forces, with necessary material and logistic support to end the reign of terror unleashed by armed robbers on the State.

“I will not hesitate to confirm sentences, even of capital punishment, if that will deter these social misfits. Ogun has zero- tolerance for criminals and we will deal with the with venomous measures. Enough is enough”, the governor said.