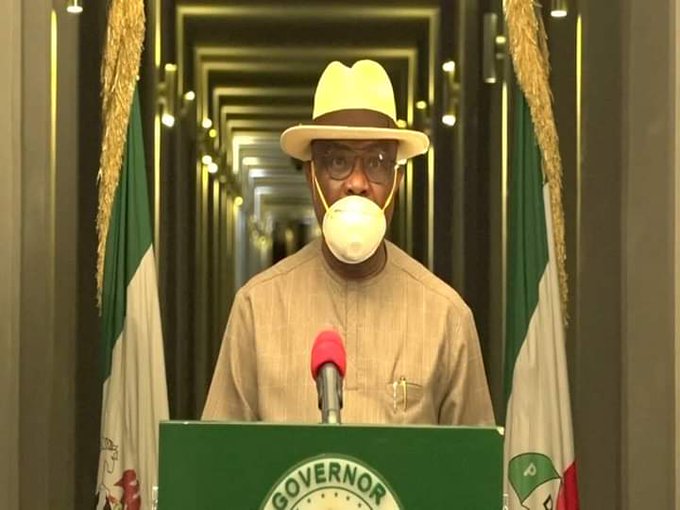 The Government made the statements in a nationwide broadcast to the people of the state shared across twitter and facebook channels of the state government and his personal page.

Writing via his Twitter handle, Wike accused the government of politicising efforts to fight the disease.

“While Lagos State received a grant of N10billion as a commercial hub, Rivers State as the nation’s oil and gas hub that produces a greater percentage of the nation’s wealth has not received any support from the Federal Government,” he wrote.

While Rivers is being controlled by the Peoples Democratic Party (PDP), Lagos, is under the All Progressives Congress (APC).

“One wonders why Federal Government should single out a state out of 36 States to give support. Does it mean that support will come when a State has a record of over 50 infected persons before it gets support.

“No state should be seen as more important than any other state. This is a Federal Republic. No state is superior to others.”

Lagos has so far recorded 120 cases of the coronavirus while Rivers has one case.

But the governor asked if the federal government is waiting for a state to have more than 50 cases before rendering support.

3 Nigerians die of Coronavirus in the US

Lockdown: Bishop of Enugu Anglican Diocese Says He Will Not Shut Down Church Services