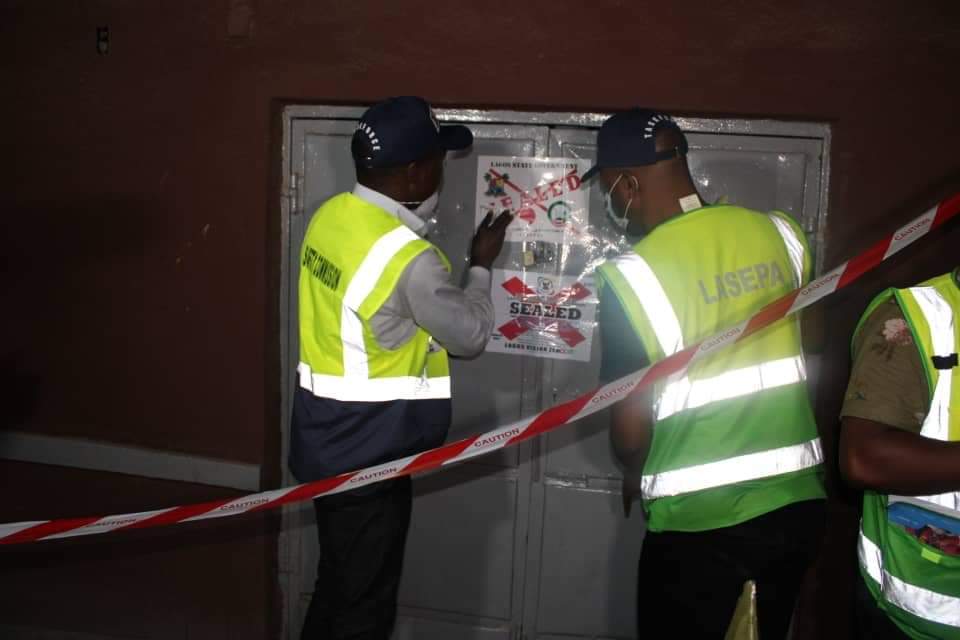 The Lagos State COVID-19 Taskforce, has sealed several companies and a brothel for violating the two-week stay-at-home directive.

The Director-General, Lagos State Safety Commission, Mr. Lanre Mojola, said the enforcement was carried out following a tip-off that some firms directed their workers to resume duties, despite the stay-at-home order announced by the Federal and State governments.

In his words, “In following one of the tip-offs to the factory of PSN, a Chinese packaging firm, the team discovered that some Chinese nationals and their Nigerian workers were inside the factory while production was ongoing, contrary to an earlier claim that the premises was empty. They were immediately directed to stop production before the company was eventually sealed”.

Majola decried a situation where some business owners forced their employees to come to work in clear defiance of a presidential directive. According to him, “the State Government enforcement team will not be deterred by the antics of some selfish people who are determined to endanger the lives of others through their unbridled greed.”

He also disclosed that Jumia, an online marketing warehouse situated at 1B, Surulere Industrial Road, Off Adeniyi Jones Avenue, Ikeja, was initially sealed by the Taskforce but was, however, reopened on Wednesday, after it was established that its activity/line of production is classified as essential goods/suppliers as enshrined in the infectious Disease Regulation.

While revealing that the enforcement team also dislodged a group of over 50 commercial sex workers at Supreme Brothel before sealing off the premises, Mojola warned residents of the area to abstain from patronising such crowded locations to prevent the spread of diseases, especially the lethal Coronavirus.