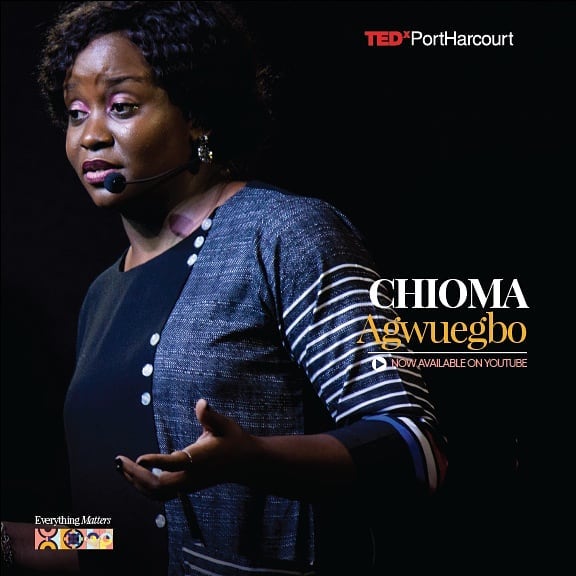 Women’s rights activist and Founder of TechHerNG – a community designed to demystify technology for women- Chioma Agwuegbo, says Nigeria is one of the most dangerous places to live as a woman.

Ms Agwuegbo stated this in her TedTalk, featured as a guest speaker at the global grassroots initiative platform, TEDx Port Harcourt. The video is here – https://www.youtube.com/watch?v=hDEk_LxwO64&t=34s

She said women and girls in Nigeria are often subject to numerous dehumanising experiences around the country, oftentimes in the hands of constituted authority who have a sworn duty to protect them from abuse.

According to her, lack of basic health facilities, patriarchal institutions and persistent inequality in the country, among others, conspire to subjugate the female gender.

Quoting the World Health Organization, she noted that 20 per cent of global maternal deaths are Nigerian women.

These deaths, she said, would have been avoided had policymakers and government prioritized the health of women and children by making provisions for adequate facilities and resources to care for pregnant women at rural communities and cities centres.

Highlighted the alarming number of out of school kids (10.5 million aged 5-14), the majority of whom are girls, Agwuegbo quoted statistics from UNICEF saying that only 35.6 per cent of children aged 36-59 months receive early childhood education.

UNICEF’s report blamed economic barriers and socio-cultural norms and practices around Nigeria as factors that discourage the attendance of informal education, especially for girls.

Ms Agwuegbo called for collective action at different levels highlighting engagement with the legislature, advocacy within movements, and individual conversations as three tools to correct dangerous stereotypes and reap the full benefit of gender equality in the society.

Citing movements like Not Too Young To Run, Bring Back Our Girls, Open Nass, Enough is Enough Nigeria amongst others, she emphasized the need for citizens to constantly interrogate and dismantle negative practises wherever they find themselves.

Chioma Agwuegbo whose interests revolve around women, media, politics, and technology has through her organisation, TechHer, helped empower thousands of women and girls around Africa.