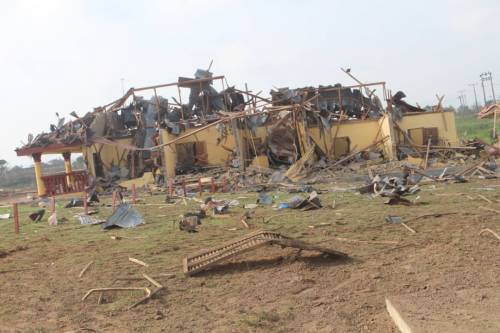 At least 13 persons have been rushed to the hospital after a deadly explosion hit Akure, Ondo State, on Saturday morning.

The impact of the explosion destroyed houses and tore major roads apart.

A truck carrying explosive items to a quarry was said to have triggered the blast according to eyewitness accounts.

Residents of the affected area are currently in disarray over the incident.

Government officials have visited the area and are currently ascertaining the level of damage.

Before the visit to the site, the governor had written on twitter, “I’ve been briefed by security agencies in the state concerning the loud blast that was heard in Akure. I will be at the scene to assess on the advise of heads of our security agencies. I ask that all citizens remain calm as we ascertain details of the incidence.”…