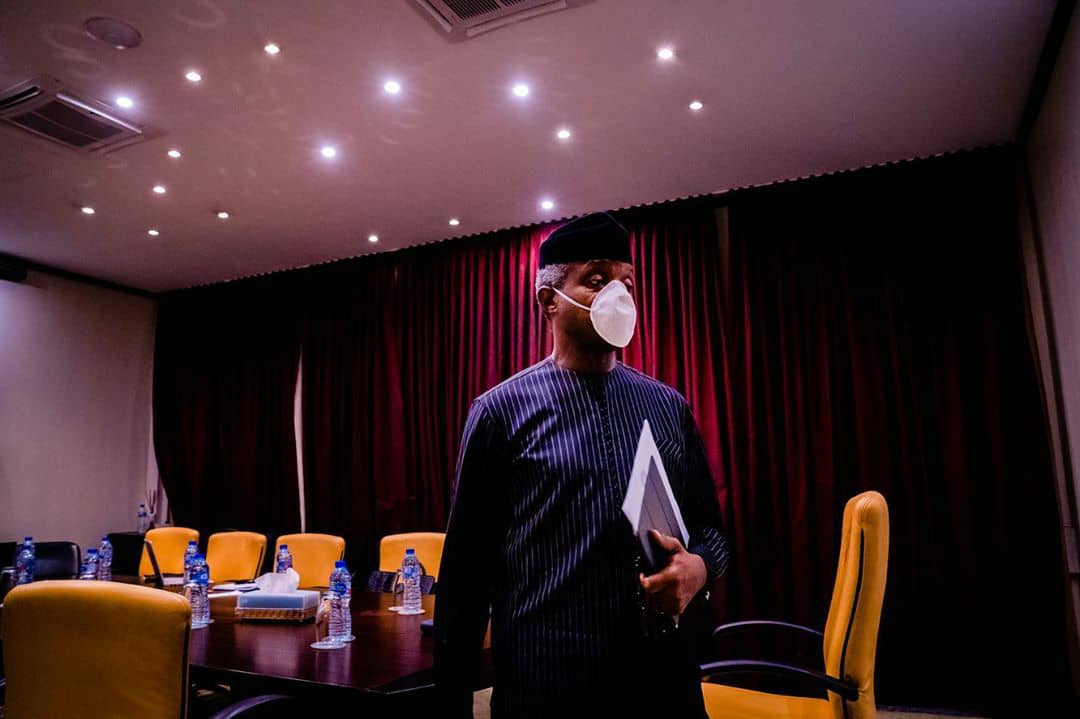 Nigeria’s Vice President Yemi Osinbajo is currently in self-quarantine amid the spread of the new coronavirus in the country.

His spokesman Laolu Akande, said on his Twitter page, that the Vice President has been “conducting his meetings via video conferencing while observing social distance.”

Laolu Akande’s tweet comes after it emerged that the Chief of Staff to the President, Mr Abba Kyari, has tested positive for the coronavirus. Kyari is believed to have been infected during his recent trip to Germany where he met with officials of Siemens in Munich on Nigeria’s electricity expansion programme.

The Chief of Staff was said to have returned on March 14 and, apparently, did not show any symptoms of being infected with the virus at the time.