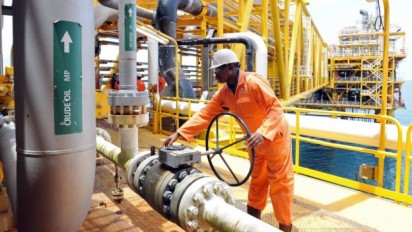 Nigeria has cut the official selling prices for its crude oil to record lows to clear a glut of unsold April-loading cargoes before releasing the May programme on Monday.

The country has had to grapple with an unprecedented excess of oil triggered by the coronavirus outbreak and a price war between Saudi Arabia and Russia for market share.

The Nigerian National Petroleum Corporation cut its April official selling prices for Bonny Light and Qua Iboe by $5 per barrel to dated Brent minus $3.29 and minus $3.10 per barrel, respectively, Reuters reported.

Brent crude, the international benchmark, has fallen by over 60 per cent since the start of this year. It stood at $26.44 per barrel as of 7:40pm on Monday.

May loading programmes emerged with key grades seeing an increase over the previous month, Reuters reports.

The Group Managing Director of the Nigerian National Petroleum Corporation, Mallam Mele Kyari, said recently that the country was already struggling to find buyers for its crude oil, saying over 50 cargoes were yet to be sold.

The unsold cargoes represented more than 70 per cent of the country’s total oil exports and puts the country in a very difficult spot, according to S&P Global Platts.

Kyari said Nigeria’s crude cargoes had been stranded due to the higher selling price compared with its fellow OPEC members such as Saudi Arabia and Iraq, which could afford to offer discounts of around $5 to $8 per barrel to buyers.

Related Topics:RussiaOil Price
Up Next