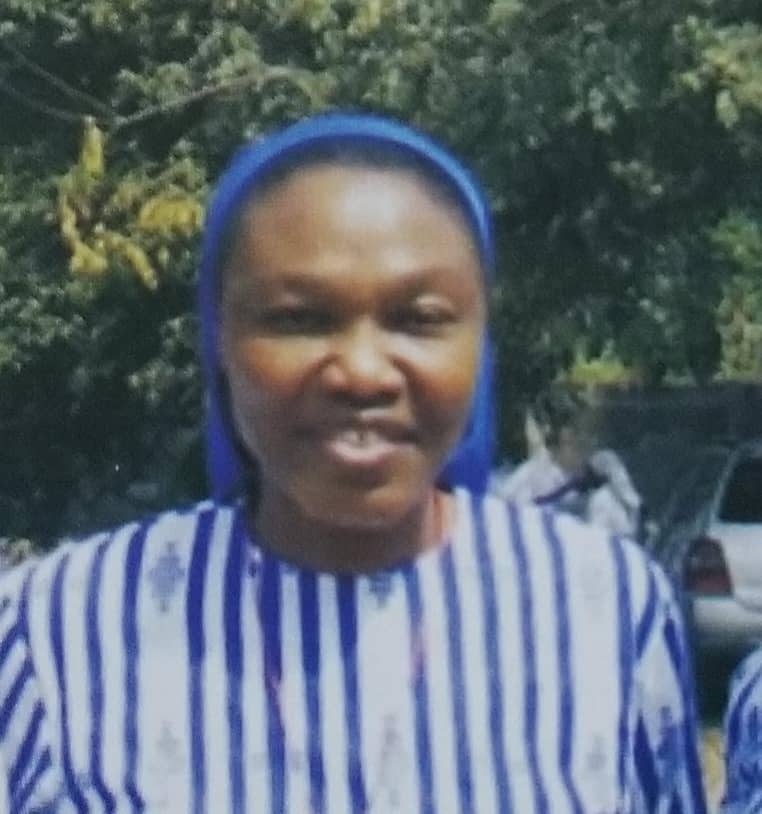 No fewer than 17 persons have been confirmed dead and 25 others injured after a gas explosion rocked the Abule-Ado area, near the International Trade Fair Complex, Amuwo Odofin Local Government Area of Lagos State on Sunday.

More than 50 buildings in the area were impacted by the explosion, as hundreds of residents were rendered homeless according to the statement issued by National Emergency Management Agency Sunday.

Several vehicles parked in the area were also destroyed by the explosion and boarding school pupils of the Bethlehem Girls College were also trapped in the wreckage of their hostel.

As residents and sympathisers pulled the students out of the rubble, their principal was there, she made sure to rescue all the students under her care as she led in the rescue operation.

Nigerian Journalist, Vanessa Offiong, tells NewsWireNGR about the late Principal – Rev. Sister Henrietta Alokha was also her Principal in 1995 when she was in college studying at Presentation National High School, Benin City.

“She was principal of my secondary school. But I left in 1995 before she became principal. I think she was there for about one year before I left”.

Ms Vanessa continued, “She had just returned from the US and was sent to my school, Presentation National High School, an all girls Catholic school in Benin City”.

“I was excited. She was younger than the other reverend sisters and also brought a new lease/ perspective to the way things were done. This I considered more funky and somewhat closer to my age. She played the guitar and would often play to us students. She cared very much for us in a way that was not just her playing her role but in a way that was also motherly,” Vanessa added.

Announcing her demise in a statement issued and made available to NewsWireNGR – “We have just received the news of the demise of Rev. Sr Henrietta Alokha, Principal of Bethlehem High School Abule Ado involved in the petrol pipeline explosion that occurred earlier today. Late Rev. Sr Henrietta Alokha is the younger sister of Our Worthy Advocate WB Anslem Alokha. “

“Late Rev. Sr. Henrietta Alokha rescued all the children under her care from the pipeline fire and could not make it herself” – according to the statement issued by Brother Vincent Iwueze, the
Secretary, Worthy group.

Iwueze statement added, May her soul and the souls of the faithful departed through the mercy of God Rest In Peace, Amen ? .

The gas plant was located near the Nigerian National Petroleum Corporation’s System 2B pipeline’s right of way.

Most of her former students have taken to their Facebook to pay their respect writing about the late Rev. Sister Henrietta.

Bissie Adeleye Jagunna wrote, “Sr Henrietta you exhibited the motherly love for all your children in your care as their custodian. Thank you for not letting their mothers be in sorrow…you laid your life down for their girls. Rest on peacefully may his perpetual light shine on you sister”.

Another former Student, Omono Ebi Dawodu wrote on facebook, “Sister Henrietta Aloha, u were a rare gem. U taught me self confidence.U always made lemonade for me thinking it will help me with weight loss ? .U promised my dad whenever he came visiting that I would take care of me and u did exactly that. The last time I saw u was during Otibho Dawodu’s(RIP) funeral u cried ur eyes out u just hugged me and said my condolence. U have always protected ur students/ children and u proved that again by laying ur down ur live for the students in Bethlehem college in the gas explosion. We ur students(Presco) where never ready to say goodbye forever even though we know it’s part of life. This day our hearts r heavy for losing someone so special but we mourn your death and also celebrate your life
On the sands of time, you have left your footprint with Glory. Every body will know your name and recall you story. God has gained an angel.”

A witness, who identified himself simply as Chibuzor, told newsmen Sunday that his neighbour, who was just delivered of a baby, was trapped after her residence caved in.

He said, “We were in the church when it happened. At first, we thought it was a tanker explosion and we ran out of the church to see what had happened. But on getting out, we saw fire raging.

“My brother’s house was affected and a woman, who just gave birth, was in the house. We cannot hear her voice and she is not picking her calls.

“Immediately the explosion happened, the chapel of the school, where the children were gathered for morning mass, collapsed. Some were trapped underneath the rubble, while some have been rescued and rushed to hospital.”

Meanwhile, the Lagos State governor Babajide Sanwo-Olu has described the Abule-Ado explosion as a situation he has never seen before.

“I must confess I have seen anything of this magnitude before, it’s like a war zone,” Sanwo-Olu said during the inspection.

He also inspected the Bethlehem Girls College in Abule Ado, which was completely destroyed by the explosion.

The Public Affairs Officer of the agency, Nosa Okunbor, said there was a series of explosions, which started around 9.05am.

He stated, “The incident, which recorded 17 dead and 25 injured, destroyed property estimated to worth hundreds of millions of naira, with unquantifiable devastation to other assets, as well as the environment.

“Aside these, people in their hundreds have suddenly become displaced in an incident in which two LASEMA response teams, as well as the Lagos State Government Fire Service, the Rapid Response Squad of the Nigeria Police and other first responders were in full attendance.”

While quoting the Director-General of LASEMA, Femi Oke-Osanyintolu, he said the agency could not tell the primary cause of the incident.

“While security agents are investigating the cause of the explosion, recovery and rescue activities were carried out by the Ministry of Special Duties, LASEMA, men of the Lagos State Fire Service, the Federal Fire Service Department, the Lagos State Safety Commission, LASBCA and other first responders.

“Seventeen bodies have been recovered, while 25 injured persons are being treated on site,” he added.

The National Emergency Management Agency said it recovered 15 corpses, including a family of four.

The spokesperson for the South-West, Ibrahim Farinloye, said a couple and their two sons were among those who died in the explosion.

He said they were on their way to church when the incident happened.

According to him, no fewer than 60 pupils of the Bethlehem Girls College, who sustained varying degrees of injury, were taken to the Nigerian Navy Hospital in Satellite Town.

Farinloye said over 50 buildings, including the college and a popular hotel, were damaged by the explosion.

He stated, “The resulting fire later spread to the Nigerian National Petroleum Corporation oil pipeline passing through the area even though the pipeline has been shut down as a precautionary measure.

“The fire was eventually extinguished around 3.30pm through the combined efforts of officials of the Lagos State Fire Service, Federal Fire Service and the Nigerian Navy Fire Tender.”

The Group General Manager, Group Public Affairs Division, NNPC, Kennie Obateru, explained that preliminary findings indicated that the impact of the explosion was so huge that it led to the collapse of nearby houses and damage to the pipeline.

The corporation’s Group Managing Director, Mele Kyari, and other management staff of the oil firm were said to have left for Lagos on Sunday evening for an on-the-spot assessment.

Obateru stated that following the report of the explosion, the corporation halted pumping operations on the Atlas Cove-Mosimi pipeline, which was active at the time.

The NNPC said it had already mobilised its in-house team, consisting of health safety environment experts, medical and security personnel from its nearby Satellite Town depot in Lagos, adding that the Lagos State Fire Service was mobilised to extinguish the fire.

The corporation said more firefighting personnel and equipment were mobilised from the NNPC Mosimi area office to the scene.

It urged members of the public and residents of the affected communities to remain calm, adding that the temporary shutdown of the petroleum products pipeline would not affect the normal supply of products to Lagos and its environs.

The President, Major General Muhammadu Buhari (retd), condoled with the families of the victims.

Buhari also consoled all those who lost property to the incident or were affected in any way, according to a statement by his Senior Special Assistant on Media and Publicity, Mr Garba Shehu.

He commiserated with the Lagos State Government and all those affected by the incident.

Buhari was quoted as saying, “I have received with sadness the news of this unfortunate incident, which caused loss of lives and property.

“A misfortune of whatever scale anywhere is a tragedy to the country, and while the Nigerian National Petroleum Corporation makes efforts to determine the cause of the incident, I send my deepest and profound sympathises to the victims, their families, the government and people of Lagos State.”

The All Progressives Congress also commiserated with victims of the explosion. The National Publicity Secretary of the APC, Mallam Lanre Issa-Onilu, in a statement expressed sadness over the incident and lauded the emergency responders.

“While the party deeply condoles with families and loved ones over recorded deaths, we also wish the injured a speedy and full recovery and sympathise with residents, who lost property in the explosion.

“We are confident that the Lagos State Government will implement measures to bring succour to the victims.”