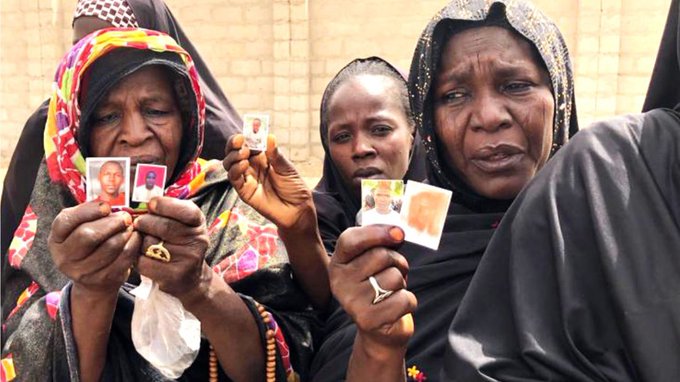 Amnesty International has called on the Nigerian Government to ensure justice is served in the case of 640 recaptured detainees killed by the Army at Giwa Barracks, Maiduguri, Borno State, in 2014.

According to the global human rights group in a statement issued, despite repeated efforts to have the matter addressed, authorities have continued to look the other way, leaving family members of victims in pains.

In a statement on Saturday, Osai Ojigho, Director, Amnesty International Nigeria, said it was time for those behind the heinous crime to be punished.

She said, “Nigerian authorities have failed families of 640 recaptured detainees of Giwa Barracks slaughtered by soldiers exactly six years ago.

“On March 14, 2014 Boko Haram attacked Giwa Barracks in Maiduguri. They reportedly fought their way into the detention facilities and freed several hundred detainees.

“We have repeatedly called on Nigerian authorities to initiate independent and effective investigations to ensure that those behind the massacre that happened six years ago face justice.

“Despite repeated promises by the present government and establishing various committees to investigate the killings, not a single person has been held responsible or brought to justice for the mass killings that is among the most horrific incidents perpetrated by the military in the ongoing conflict in the North-East.

“The fact that not a single person has been brought to justice for the Giwa Barracks massacre shows lack of genuine commitment to protecting human rights and a deliberate attempt to shield human rights violators from facing justice.

“Families of victims have been keenly waiting for justice in the last six years, and their wait is only getting longer and strengthening an already pervasive culture of impunity within the Nigerian military.

“Nigeria authorities must show genuine commitment to the rule of law by ensuring accountability and justice for all victims.

“Above all, perpetrators of the Giwa Barracks massacre must not escape justice.”

“I have done what I could in six years, I’m moving on. I don’t want to go back” – Dethroned Emir Sanusi