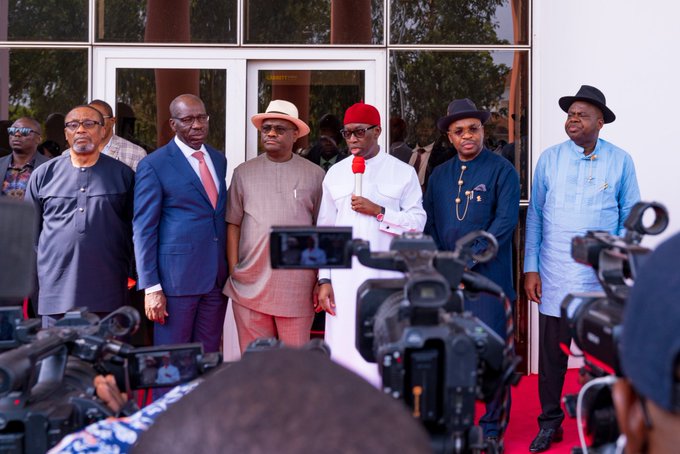 Governors of south-south states have announced their intention to establish a regional security outfit.

They made the announcement in Asaba, Delta state, on Thursday, while discussing ways to curb insecurity across the oil-rich region. Governor Ifeanyi Okowo of Delta along with his counterparts said while addressing newsmen.

The governors also resolved to revive the Bayelsa, Rivers, Akwa Ibom, Cross Rivers, Edo and Delta (BRACED) commission, “which will handle the formation of the local security outfit”.

This comes after their south-west counterparts established Amotekun as a regional initiative but agreed on it being converted to a state-based outfit after consulting with the federal government.

Just In: Coronavirus, Nigerian who returned from France in isolation – Lagos govt