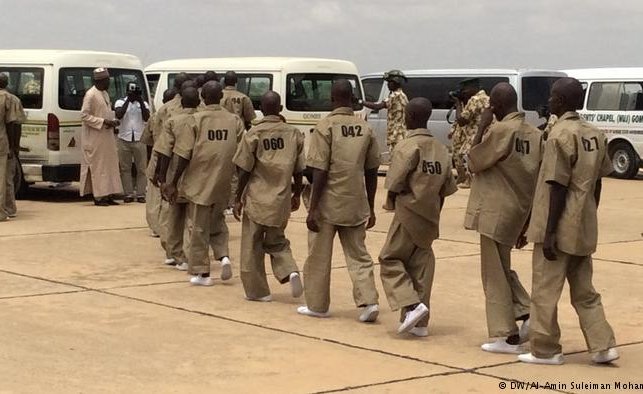 The proposed  National Agency for the Education, Rehabilitation, De-radicalisation and Integration of Repentant Insurgents in Nigeria’ will get its funding from the Universal Basic Education Commission and the Tertiary Education Trust Fund.

Punch Newspaper reports that other sources of funding include- donations, grants, annual subventions from the government and counterpart funding from the six North-East states of Borno, Bauchi, Yobe, Adamawa, Taraba and Gombe.

The details are included in the bill which was obtained by The PUNCH on Thursday.

The controversial bill,  which is officially known as ‘A Bill for the Establishment of the National Agency for the Education, Rehabilitation, De-radicalisation and Integration of Repentant Insurgents in Nigeria and for Other Connected Purposes’, passed the first reading in the Senate on Thursday last week.

But few hours after the bill, which was sponsored by Senator representing Yobe East,  Ibrahim Geideam, passed the first reading,  it attracted angry reactions from the Chibok Community, which was attacked by the insurgents in 2014, and the Christian Association of Nigeria.

Also, the #BringBackOurGirls movement, which has been calling for the release of schoolgirls abducted from Chibok in 2014 by the insurgents, said the plan to set up the agency should be done concurrently with the rehabilitation of thousands of internally displaced persons.

But on Monday, Geidam, in an interview with journalists, defended the bill.  He said many Boko Haram terrorists were willing to lay down their arms but were afraid of the consequences of their action.

The senator explained that his bill was not meant to take care of insurgents captured by the security agencies because those ones would be made to face the full wrath of the law.

Barely two days after the senator defended the controversial bill, 25 Boko Haram members and their wives,  who surrendered to troops in Niger Republic,  arrived in Maiduguri, the Borno State capital, on Wednesday.

A copy of the bill on the agency for Boko Haram repentant terrorists, obtained by our correspondent, states that one per cent of TETFund and UBEC fund will be used in funding the agency for rehabilitating the terrorists.

The agency will also be funded by    0.5 per cent of the federal allocation of the six North-East states.

Centre for Disease Control says to be safe from coronavirus, humans advised to shave beards