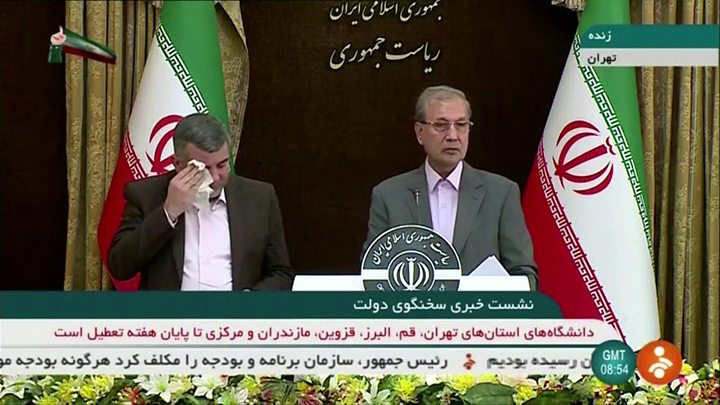 Iran’s deputy health minister said he has contracted the coronavirus and placed himself in isolation, a day after appearing feverish at a press conference in which he downplayed its spread in the shrine city of Qom and said mass quarantines were unnecessary.

Iraj Harirchi posted a video on social media on Tuesday acknowledging he had caught the virus, which appears to be taking rapid hold in parts of Iran. The news has underscored widespread fears that the outbreak may have passed a tipping p

“I wanted to tell you that I got corona,” said Harirchi. “I had a fever yesterday. The tests came back positive last night. I isolated myself. Just a few moments ago, I was told that the final test came. I’ll start taking medicine. Generally, I feel fine. I just felt a bit tired, I had a fever, and it will drop.

“Be sure with the effort of the medical staff and ministry of health headed by the [health minister] and with your support and the state and military within the coming weeks, we’ll be victorious against this virus.

“We’ll defeat corona. Be assured. I’m saying this deep from my heart. This virus is democratic, and it doesn’t distinguish between poor and rich or statesman and an ordinary citizen.

“Many might get infected, but we have enough effective medicine, take care of yourselves. Take care of the nurses and doctors who work heroically.”