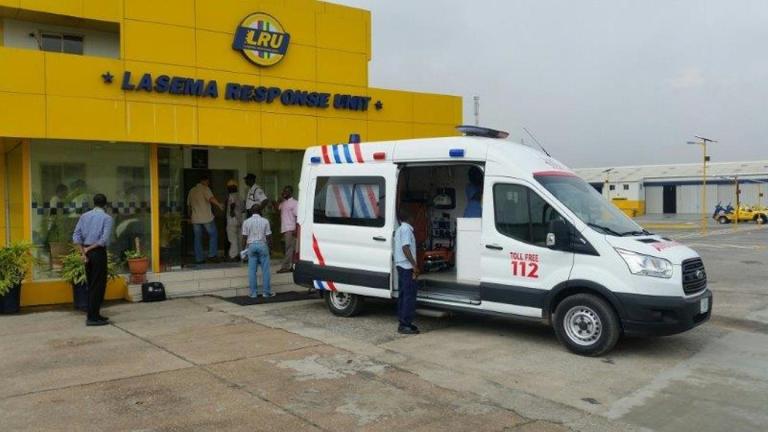 Following several hours of unsuccessful search for the body of a man, identified as Mr Daibo Toju Davies, 22, who committed suicide by jumping into the Lagoon from Third Mainland Bridge inward Adeniji Adele Road, Lagos Island, on Saturday, men of the Lagos State Emergency Agency, LASEMA, and other rescue team have suspend further search for the next 48 hours.

Recall that Davies allegedly plunged into the Lagoon at about 11 am Saturday, without leaving behind any suicide note. However, relevant authorities have commenced investigation to unravel circumstances surrounding the incident.

Vanguard reports that the Director-General of LASEMA, Dr Femi Oke-Osanyintiolu, said the suspension became necessary due to obvious reasons.

Oke-Osanyintolu explained that the man, who alighted from the ash colour Toyota Corolla with registration number KSF 426 GB, stopped a cab driver in transit on the Third Mainland Bridge, under the guise of trying to relieve himself, but instead committed suicide by jumping into the Lagoon.

According to LASEMA boss, “In order to achieve it’s aimed in alliance with the state Governor, Mr Babajide Sanwo-Olu’s belief that “every life is important”, LASEMA activated the Lagos State Emergency Response Plans alongside its First Responders in the deployment of it’s teams and equipment to the incident site on Third Mainland Bridge.

“However, hopes of rescuing the man alive, dimmed with the now-suspended over six hours search which the agency and other emergency responders at the incident scene, has resolved to suspend and continue in two days time.” The man, according to records of a sworn affidavit, was a resident at 17, Sosanya Street, Gbagada Soluyi, Lagos. He activated a call cab which meter was still ticking as at the time of the incident, from Mercy Hospital, Gbagada, and alighted from the cab, before plunging into the lagoon.

Further investigations revealed that the man, a passenger, had earlier informed driver of the call cab to stop under the guise of wanting to relieve himself. The unsuspecting driver who pointed out the victim’s imprint where he held the railings, reportedly stopped at the man’s request, watched him alight, then suddenly jumped off the bridge. With the suspension of the search by LASEMA and all its collaborators, Idowu Badmos, driver of the call cab, and his car has been taken to Adekunle Police Station, Yaba, Lagos. Oke-Osanyintolu in analysing the situation stated that suspension of the operation was dictated by the extraneous factors such as the strong undercurrent which divers had to swim against in the search for the suicidal man with hopes of rescuing him alive like that of January. Another reason was said to be exhaustion due to the long, and tiring search for the victim. Going further, Oke-Osanyintolu explained that “though the Seafarers Team of the Marine Rescue Unit attached to the Agency’s Central Zone which was launched earlier this year, had been activated alongside other First Responders, expediency and the need for swift retrieval of the victim alive necessitated the inclusion of local divers in the recovery operation.

“Local divers have ancestral knowledge of these waters from knowledge gathered and passed from generations past combined with the experience of growing up around these waters, plus the fact that they excellent divers.” He reiterated that despite all circumstances, the agency would continue to do all within its means and deploy it’s resources appropriately to save the lives and properties of all residents in accordance with the mandate of the Governor Sanwo-Olu led administration.

He, therefore, implored all residents to join hands with the agency in the prevention and management of disasters saying that efforts of the agency’s inclusion of people at the grassroots in order to build resilience at the local level by inclusion through the Local Emergency Management Committee, LEMC has started paying off, stressing that, “Emergency Management is Everyone’s Business.”