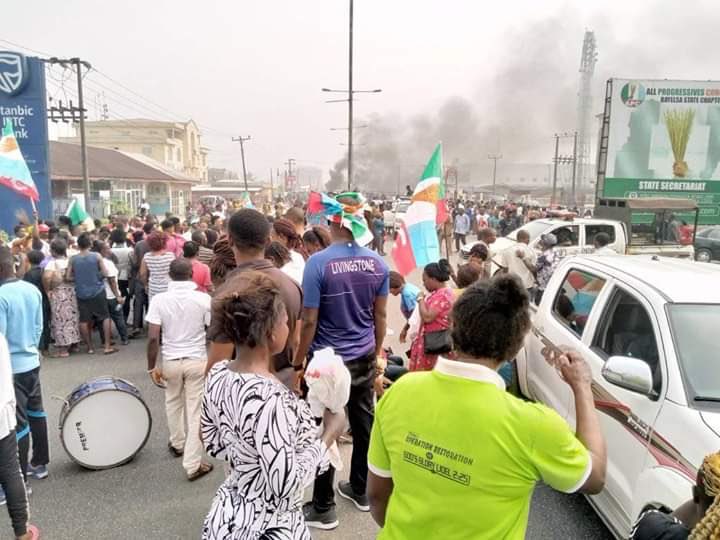 Supporters of the All Progressives Congress (APC) are currently protesting in Bayelsa state over the supreme court judgment sacking the party’s elected governorship candidate.

The APC supporters took to the streets of Yenagoa, the state capital, on Friday morning, calling for the reinstatement of David Lyon as  governor. and some of the angry supporters are setting ablaze tyres across streets in the capital and the secretariat of the Peoples Democratic Party, PDP.

The supreme court had Thursday nullified the election of Lyon — who was due to be sworn in on Friday — on the grounds that his running mate forged his credentials.

It ordered the Independent National Electoral Commission (INEC) to issue a certificate of return to the candidate with the second highest number of votes and with the required geographical spread in the state — believed to be Diri Duoye of the Peoples Democratic Party (PDP).

But the APC leadership kicked against the judgment, and said no one else would be sworn in as the governor of Bayelsa.