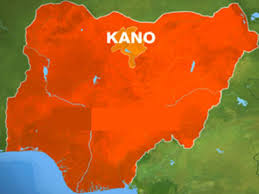 Governor of Kano State, Abdullahi Ganduje, on Friday, claimed Kano is the most peaceful state in the country.

The Governor made the comment when he led a Kano delegate to meet with President Muhammadu Buhari in Abuja.

“Kano state, as of today, is the most peaceful state in the country,” Ganduje said. “No armed robbery, no banditry, no tribal conflict, no religious conflict, even the few cases of kidnapping, the kingpins have been arrested.”

His comments come amid increasing reports of insecurity across the country.

The Governor credited his claims of peace to the introduction of information communication technologies into the state’s security administration. “That’s why we are succeeding,” he said.

He also noted that inter-agency cooperation is high among security officials in the state.

The Governor announced the construction of an army training centre in Falgore forest  – one of the largest game reserves in the country – to deter bandits from occupying the space.