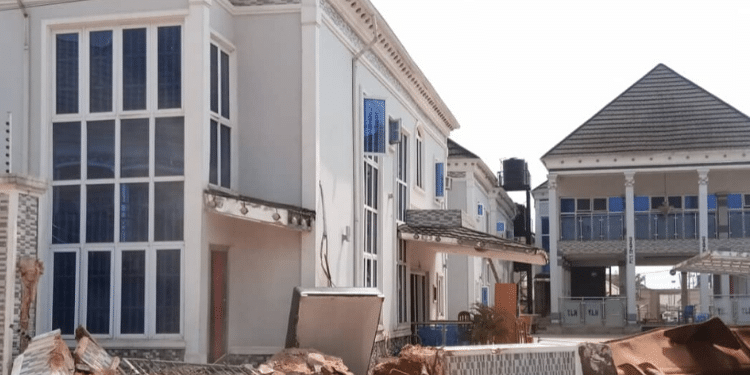 Edo State Government has demolished a property in Benin City belonging to a chieftain of the All Progressives Congress, APC, Tony Adun popularly called Tony Kabaka.

The demolition was done after an interim injunction restraining it from executing the demolition notice earlier served on Tony Adun regarding what was termed an illegally sited hotel in the Ugbor-Amagba axis of the state capital.

A 7-day notice was issued to Adun on October 9, 2019 through the Ministry of Physical Planning and Urban Development to remove his hotel, said to have been sited on a primary school land.
Crusoe Osagie is emphatic that the exercise has no link with politics.

Adun on his part had alleged that he was being victimised because of his allegiance to the National Chairman of APC, Adams Oshiomhole and his lack of support for the reelection bid of Governor Godwin Obaseki.