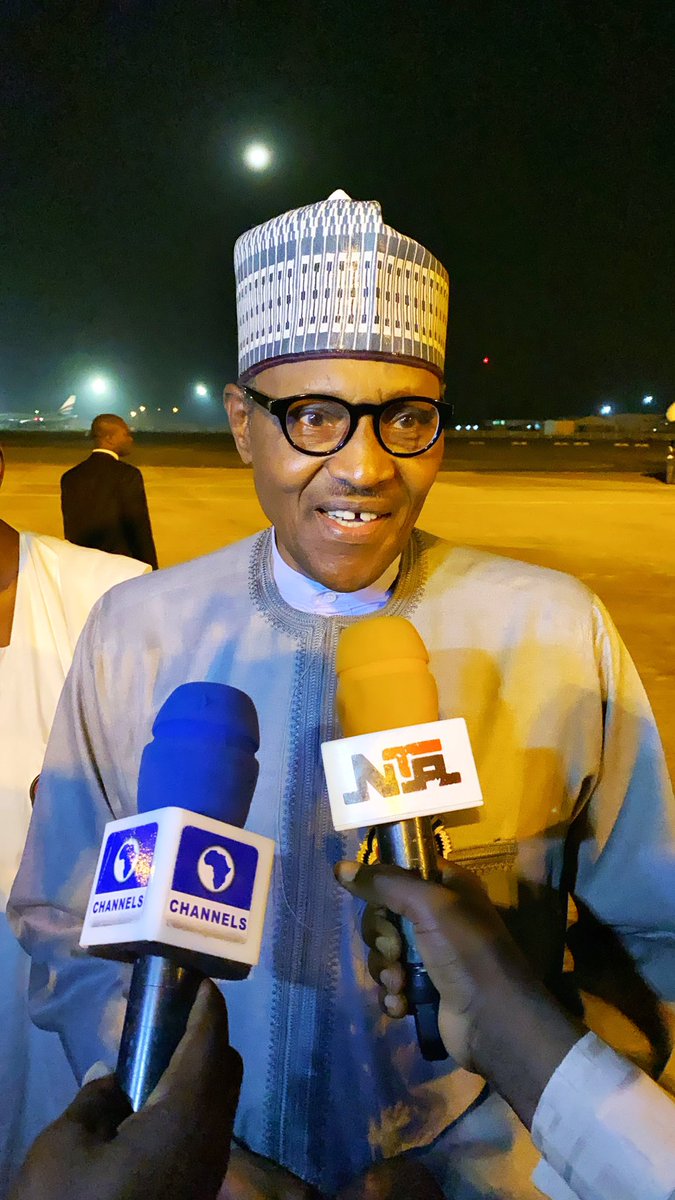 President Muhammadu Buhari Tuesday in Abuja said “harder times’’ await bandits whose disruptive activities have brought sorrow to Nigerians, kept many away from their means of livelihood, and heightened insecurity in parts of the country.

The President, who received a delegation of Eminent and Respected Citizens of Niger State led by Governor Abubakar Sani Bello in State House, said the activities of the bandits had forced many to abandon their farms and homes, adding: “we will now be harder on them.’’

“I was taken aback by what is happening in the North West and other parts of the country. During our campaigns, we knew about the Boko Haram. What is coming now is surprising. It is not ethnicity or religion, rather it is one evil plan against the country.

“We have to be harder on them. One of the responsibilities of government is to provide security. If we don’t secure the country, we will not be able to manage the economy properly,’’ he said.

President Buhari said the onslaught of the bandits had also affected agricultural output in some parts of the country, in spite of the favourable weather for farming, because many farmers were attacked, and others had to stay away for safety.

The President said the poverty level in the country will be significantly controlled by diversifying into agriculture, instead of the heavy reliance on oil, urging more Nigerians to take up agriculture. President Buhari said discovery of oil and gas reserves in Chad Basin, Benue trough and Bida, and some parts of Bauchi and Gombe, will further bolster current efforts to strengthen the Nigerian economy.

He advised leaders in the Niger Delta to counsel those who blow up pipelines, resulting in spillages that affect farming and farmlands, noting that the loss had always been collective, sometimes turning hard working farmers to victims. The Eminent and Respected persons said they needed to show appreciation to the President for his many interventions on infrastructure, security and appointment of indigenes of the state into key positions of government.

Speaking for the group, the former governor of Niger State, Aliyu Babangida, said activities of bandits had rendered many homeless, while others could no longer go the farms, thanking the President for taking a more decisive action by directing aerial protection by the military. Babangida called on the President to intervene in completion of some federal roads, like the Mokwa-Birnin Gwari-Kaduna road, Kotongora road, and he also asked for more attention on the Minna airport, which should complement access to the FCT.

In his remarks, the Etsu Nupe, Alhaji Yahaya Abubakar, assured the President of continuous support, praying: “May God give you strength and wisdom to handle the affairs of our great country, Nigeria.’’

Buhari writes Senate on reconstitution of NDDC board