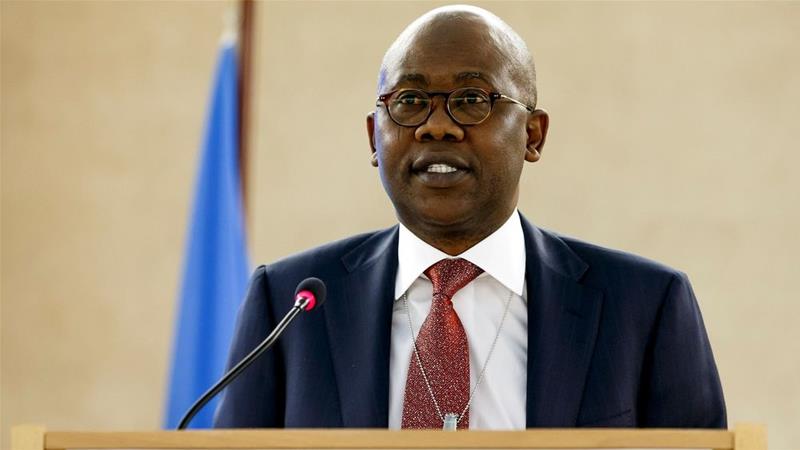 The Federal Government has arraigned the immediate past Attorney General of the Federation, Mohammed Adoke on 42 counts of fraud and money laundering.

The hearing of the case is currently holding at Gwagwalada Division of the High Court of the Federal Capital Territory, Abuja.

He has just pleaded not guilty to count one.

Adoke was taken into custody seven months after Nigeria’s anti-graft agency issued a warrant for his arrest as part of an investigation into one of the oil industry’s biggest suspected corruption scandals.

Adoke’s lawyer, Mike Ozekhome, said Adoke was arrested by Interpol on Monday, November 11, 2019, after travelling to Dubai for a medical appointment.

The investigation by Nigeria’s anti-graft agency relates to the $1.3bn sale of a Nigerian offshore oilfield known as OPL 245 by Malabu Oil and Gas in 2011.

Eni and Shell jointly acquired the field from Malabu, which was owned by Etete.

The oilfield sale has spawned legal cases across several countries, involving Nigerian government officials and senior executives from ENI and Royal Dutch Shell. Shell and Eni, and their executives have denied any wrongdoing.

Etete has also denied wrongdoing. In an Italian case, prosecutors accuse former and current executives of Eni and Shell of paying bribes to secure the licence, and allege roughly $1.1bn of the total was siphoned to agents and middlemen.