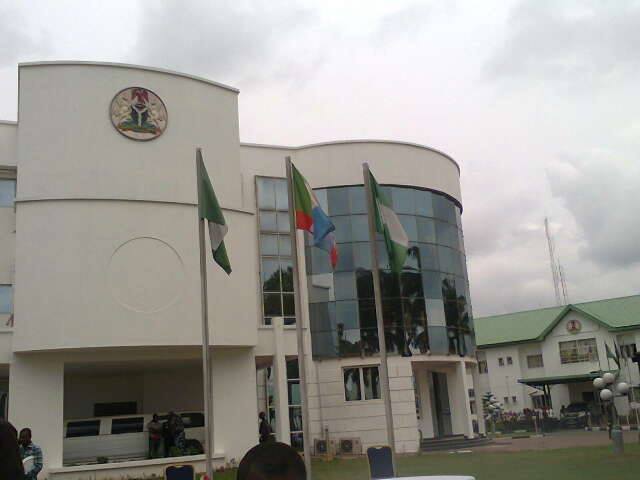 The country’s apex court on Tuesday gave the ruling against Ihedioha of the People’s Democratic Party (PDP). The court directed the immediate swearing in of the All Progressives Congress (APC) candidate Chief Hope Uzodinma as winner of the seat.

At the Imo Government House, all the gates were locked immediately the verdict was delivered. Heavily armed security personnel prevented people from gaining entry into the Government House. People were only allowed out of the premises

The 2019 presidential candidate of the Peoples Democratic Party, Atiku Abubakar, on Wednesday urged aggrieved members of the party in Imo State not to despair over the nullification of the electoral victory of the PDP 2019 governorship candidate in Imo, Chief Emeka Ihedioha, by the Supreme Court.

The Supreme Court had nullified Ihedioha’s victory and ordered that the candidate of the All Progressives Congress, Hope Uzodinma, be sworn in as the governor.

Atiku in a statement said that Ihedioha, in the fullness of time, will overcome his setback and emerge stronger.

The ex-Vice President stated that since the Supreme Court is final, everybody must accept its judgment, however unexpected and unpalatable it may be.

Atiku said, “Let me state unequivocally that I solidarize with Emeka Ihedioha, a man I know to be a great leader of men and resources. In the fullness of time, I am convinced that he will overcome this setback and emerge stronger.

“I also stand fully with the PDP. In good and bad times, we must continue to be the object of hope that the Nigerian people have for their escape from the prevailing despotism and despair that has gripped almost every aspect of our national life. We provided genuine democracy for this nation once before, and I believe it is our destiny to democratically restore what has been lost due to the encroachment of anti-democratic agents.”

“Philosophers have said that tough times never last, but that tough people do. I urge the people of Imo and the entirety of the Nigerian people not to give in to despair. This nation has gone through despotic times before, and we have survived them and thrived. I am very certain that this history will repeat itself.

“My greatest desire, and one I hope to see again in my lifetime, is that Nigeria will fulfil its potential as the land of Unity and Faith, Peace and Progress. These four ideals have been missing from our borders for a while, and all freedom-loving Nigerians ought to henceforth work together to bring them back. So help us, God.”

Supreme court decision does not represent the will of Imo people, says Emeka Ihedioha

“Under the new administration, a new journey to build a new Imo with new energy” – Buhari thanks the Court for Imo Judgement