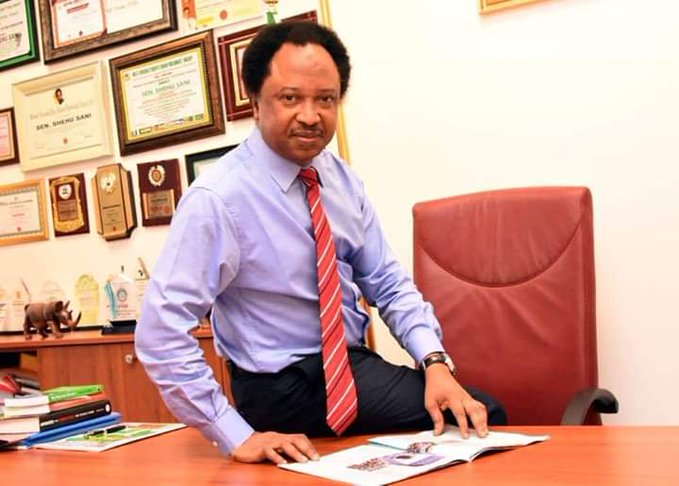 The Economic and Financial Crimes Commission (EFCC) has frozen the bank accounts of Shehu Sani, a former senator from Kaduna state, his aide alleges.

In a statement on Sunday, Suleiman Ahmed, senior special adviser to Sani, also said the former lawmaker was “forced to declare his assets”.

The Economic and Financial Crimes Commission had said the embattled former lawmaker, Senator Shehu Sani, has a case to answer for the alleged involvement in extortion and name-dropping. The commission stated that Sani was being detained for allegedly obtaining $25,000 from an auto dealer, Alhaji Sani Dauda, in order to shield him from criminal investigations by the anti-graft agency.

Acting EFCC spokesman, Tony Orilade, explained in a statement in Abuja on Friday, that Sani is currently facing a criminal investigation, and is being detained “in a very conducive environment based on a valid court order.”

In the statement, Sani’s aide accused the EFCC of bias in his principal’s case, and he listed 11 questions for the agency to answer.

He wondered why the anti-graft agency has not detained Sani’s accuser “who admitted to giving bribe” and why it has not invited “Alhaji Samaila Isa Funtua who was mentioned in the frame up against Shehu Sani?”

“Mr. Orilade, what is the connection between allegations of extortion of $25,000 and then searching his residence, blocking his accounts and forcing him to declare his assets?” he asked the EFCC.

The other questions Sani’s aide posed to the EFCC in the statement are:

The EFCC stated, “Invariably, claims in some quarters of the breach of his fundamental human rights are merely in the imagination of the purveyors of such claims.

“Let it be stated clearly that Senator Shehu Sani has questions to answer as regards his alleged involvement in name-dropping, and particularly that he obtained $25,000 from Alhaji Sani Dauda, the ASD Motors boss, in order to help shield him from investigations being carried out by the EFCC.”

The anti-graft agency took a swipe at those defending Sani, saying it was unfortunate that they were supporting evil for pecuniary gains.

It said, “For certain people to brazenly come out to defend a suspect who is being probed for a serious offence as the one committed by Sani shows that they are not really conversant with his offence.

“It is unfortunate that certain people are ready to do anything to support evil for pecuniary gains.”