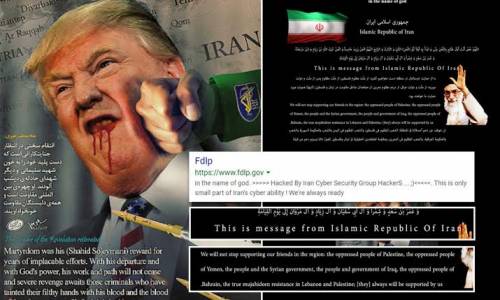 A group claiming to represent the Government of Iran has hacked a website operated by the United State Government.

The website operated by the little-known Federal Depository Library Program, fdlp.gov, was hacked and defaced on Saturday, and has been taken offline.

A message from the hackers left on the website read, “In the name of god. Hacked By Iran Cyber Security Group Hackers. This is only small part of Iran’s cyber ability! We’re always ready.”

The FDLP is a program created to make government’s publications available to the public at no cost.

Security experts have already warned that cyber attacks could be part of Iran’s retaliation for the U.S. airstrike on Friday that killed Revolutionary Guard General, Qassem Soleimani, a top official in Iran.

Iran’s state-backed hackers are among the world’s most aggressive and could inject malware that triggers major disruptions to America’s public and private sectors.

With Missiles, Iran strikes back at US