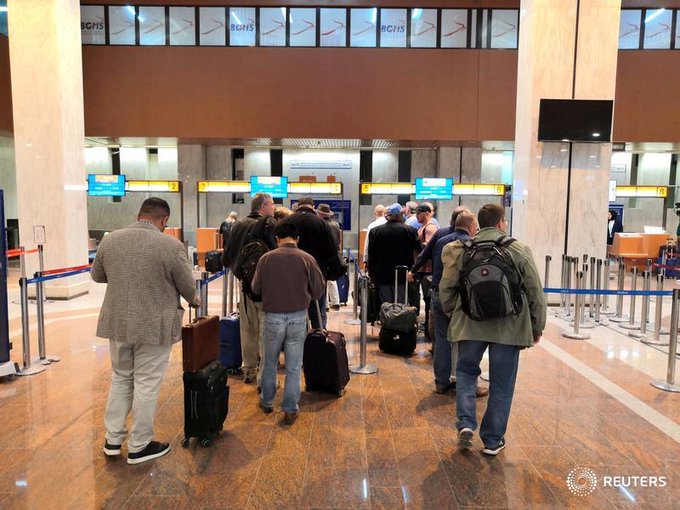 Reuters News Agency is reporting that dozens of U.S. citizens working for foreign oil companies in the southern Iraqi oil city of Basra were leaving the country on Friday, the Oil Ministry said, after a U.S. air strike killed a top Iranian commander in Iraq.

Iraqi officials said the evacuation would not affect operations, production or exports.

Company sources told Reuters earlier the workers were expected to fly out of the country.

Oil production in Iraq, the second-biggest producer in the Organization of the Petroleum Exporting Countries, was about 4.62 million barrels per day (bpd), according to a Reuters survey of OPEC output.

A spokesman for BP (BP.L), which operates the giant Rumaila oil field near Basra, declined to comment. Rumaila produced around 1.5 million bpd as recently as April.

Genel (GENL.L), an oil producer in the autonomous region of Kurdistan in northern Iraq, said its operations were continuing normally. It did not comment on any staff movements.