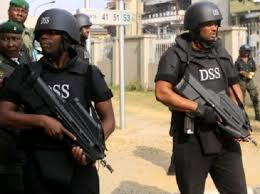 – my 2020 prophecies by ‘Prophet’ Fredrick Nwabufo


Permit me to indulge in this end-of-the-year humbug. I have read some prophecies for the year 2020 by men who arrogate to themselves the title ‘’man of God’’.  Well, since I am not born of Satan, I believe I am a craft of that supreme intelligent being.  But let me say upfront, the ‘’spirit’’ which dwells in me is not the same as that which resides in these ‘’men of God’’. So, please indulge me if my prophecies go in a different tangent.

First, I have studied the 2020 prophecies of Primate Elijah Ayodele, founder of INRI Evangelical Spiritual Church, Oke-Afa, Ejigbo Lagos, and some other preachers, but I really wonder why these men do not get tired of this humdrum every cycle – insipid regurgitations.

Most of the so-called prophecies are guesstimates and speculations drawn from prevailing societal issues. For example, how do you interpret this ‘’prophecy’’ by Primate Ayodele – where he said: ‘’Nigerians in the Diaspora will witness more troubles. I foresee incessant killings in the country as rioting will be on the increase. Nigeria 2020 needs to pray so well because I foresee so many things happening in the country. The country will face serious economy challenges.’’

The fact is Nigerians in the Diaspora have always faced challenges – troubles are a natural human phenomenon. Also, there has been an uptick in killings since 2015 – in fact since 2011 in the country. So, what is different? And Nigeria’s economy is prostrate; as a matter of fact, it has always been unhealthy, so what could get worse?

Really, there is nothing extraordinary about the ‘’ordinariness’’ of these yearly ritual.

I recall that Apostle Johnson Suleman in his 2019 caravan of prophecies suggested that Atiku Abubakar would win the presidential election, but what happened? The same way TB Joshua predicted that Hillary Clinton would win the US election in 2016 — which turned out false.

So, now to the meat and potatoes; my prophecies for the New Year are not swayed by some spiritual or ethereal power. God has not spoken to me, please. Why does he need to when he said, ‘’ye are gods’’? Rather my prognostications are a derivative of the country’s current political and economic ecosystem.

Here they go. More Nigerians will be abducted and held in detention for being ‘’irritants’’ to the government by the Department of State Services (DSS). The reason is simple. The Buhari government’s approach, which is attack and crush, to dissent has not changed since 2015. The administration is highly paranoid that it will deploy a sledgehammer to kill a moth.

Also, unemployment in the country will soar in the New Year. Nigeria’s unemployment rate will hit an unprecedented high of 33.5 percent from 23.1 in 2020.

No ‘’Holy Spirit’’ murmured this to me. Chris Ngige, minister of labour and employment, said this while declaring open a two-day workshop on “Breaking the Resilience of High Unemployment Rate in the Country” in Abuja.

According to him, the high unemployment rate comes with corollaries of crime, insurgency and militancy. So, ordinarily 2020 may not be a peaceful year with high unemployment rate – more young people without jobs – and a parlous economy. You do not need any pastor to prophesy this to you. Crime is driven by social inequalities, unemployment and other concomitants.

Hear the minister: “It is a worrisome status as the global poverty capital (World Bank, 2018); and concomitant high prevalence rate of crimes and criminality, including mass murders, insurgency, militancy, armed robbery, kidnappings and drug abuse, among others.’’

“As if this situation is not scary enough, it is projected that the unemployment rate for this country will reach 33.5 per cent by 2020, with consequences that are better imagined, if the trend is not urgently reversed.’’

Bottom-line – insecurity will persist and worsen.

I do not need to say ‘’a prominent Nigerian’’ will die as it is customary with most of these ‘’New Year’s prophecies’’. Death is natural for all breathing things. And of course, both prominent and non-prominent citizens will die in 2020. It is natural.

In addition, the race to the 2023 election will heat up in the New Year. Some gladiators will put on their murmillo and show some teeth. It is expected, nothing extraordinary about this. Already, the clamour and jostle for positions, ahead of the election, took up much of 2019. This will ossify in 2020.

And there will be more drama and chaos across the country, but Nigeria will survive. Nigeria is too complicated to be without drama.


Fredrick Nwabufo is a writer and journalist