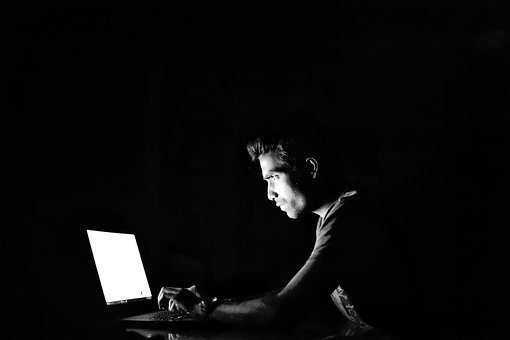 President Muhammadu Buhari on 4th of the December 2019 launched the Revised National Security Strategy (NSS) which provides a policy roadmap on how the Government plans to deal with emerging and future security threats.

Security concerns and threats highlighted by the National Security Strategy include cyber threats and disruptive impact of emerging technologies, Fake News and Hate speech. Government’s quest to protect systems and structures from cyber-attacks and mitigate the propagation of fake news and hate speech which according to the National security strategy are ”exploited to distort socio-political, cultural and economic relationships, promote prejudice and hate which undermine social cohesion”.

Government response to these security concerns

Government response to these security concerns is through the implementation and review of the National cybersecurity strategy and the subsequent Cybercrimes (Prohibition, Prevention act)2015, which provides policy guides and legal framework to mitigate a wide range of emerging and future security threats related to cybercrime, online child abuse and protection critical national information infrastructure.

In 2018, Nigerian Army established a cyber Warfare Command charged with the responsibility to monitor, defend and attack perceived cyber threats and Nigerian Senate recently proposed a National commission for the prohibition of Hate speech which prescribed death penalty and after criticism, the bill’s sponsor announced amendment to remove death penalty and the Protection from Internet Falsehood and Manipulation Bills will both expand the powers of the Government and agencies over users of social media networks.

Whilst backers of the proposed bills to regulate social media and information shared on them claim it will enhance security, peace and unity, Nigerians have expressed concerns over the potential abuse of its broad interpretations, shrinking of digital rights, freedom of expression and association online.  The bill is seen as a potential slippy slope towards digital authoritarianism, aggressive censorship and surveillance and allows the government to limit or shut down access to the internet to prevent discussions on critical national issues, as experienced in other countries were Governments have build capacity or gain tight control of the internet.

Data and privacy: Social media is vulnerable to abuse and data manipulations in the form of mining and use of data for disinformation campaign and profiling of online behaviour of users for highly targeted political messaging, interference in the decision-making process or advertisement and marketing by State and non-state actors. Examples are user-tailored adverts on social media networks and apps, digital campaigns targeting Nigeria?s 2015 election, United States Federal elections and Brexit Referendum in the United Kingdom in 2016.

In a 2018 testimony to the United Kingdom Parliament digital, culture, media and sport (DCMS) select committee, whistleblower Christopher Wylie told Members of Parliament how Cambridge Analytica worked to influence the outcome of the 2015 Elections in Nigeria through distribution of offensive video with the sole intent of intimidating voters and the TheGuardian revealed the firm was offered materials hacked from personal email accounts of two politicians including then-candidate Buhari[1]. The disclosure led to the announcement of investigation by the Nigerian Government into SCL elections a Cambridge Analytica affiliate to identify if they broke Nigerian law or infringed on the rights of other parties and their candidates.

Internet farms: The Sophistication and objective of these internet or trolls farms varies across the world and actors, ranging from bots to humans with multiple accounts or organized working group tasked to amplify social polarization or change narrative to influence public perception and conversation on national issues and in some dangerous situations they deliberate incite people through disinformation and distribution of offensive materials capable igniting unresolved social crisis.

Fake news, Disinformation and misinformation:  Reasons for the increase in fake news, disinformation and misinformation includes click baits to attract traffic, poor verifications of source or context of an information source, divisive and polarizing politics among others. Old events are sometimes redistributed to appear new during similar trends or national crisis that fits the narrative, random violent visual materials from other parts of Africa deliberately made to look a Nigerian incident to exacerbated tension or conflict and foreign actors sharing false information on social issues in Nigeria.

Terror and propaganda: Violent non-state actors such as; street gangs, armed bandits and terrorist organization use social media messaging for terror and propaganda purpose with the goal to cause fear and intimidate people or government. These introduce new concerns on the impact of social media on citizens online safety, social activities and the country?s security environment.

Education and Enlightenment: While citizens have access to more information today than they did a decade ago, our education system was not built to prepare citizens with the requisite skills to navigate, assess, understand and safely consume information. The improvement of critical thinking training in Schools and digital media education will be vital to improve privacy protection and reduce vulnerability to fake news and disinformation campaign. Furthermore enhancing social cohesion and understanding of diversity is important to deal with situations were Individuals favour false information which confirms or re-enforces their existing stereotypes of a group while avoiding contradictory factual information.

Protecting citizen?s online safety and rights:  The social media and hate speech ?t provide a comprehensive spectrum of solutions to online harms in a coherent and positive way.  There needs to be a clear articulation of the problem by the government and a clear path towards engagement with technologies companies and civil societies to address the problem.

The Nigeria Data Protection Regulation 2019 which was formulated to mirror the European Union General Data Protection Regulation (GDPR) and multilateral data protection cooperation such as the recent strategic partnership between the National Information and technology development agency and the European data protection office are important, so also participation in international efforts to make technological companies take more responsibility for safeguarding their users from harmful content and behaviour. The Government should also take local steps to aim at compelling social media networks to take more proactive measures and adopt localized threshold for flagging and removal of false, abusive and offensive contents.

Whilst Civil society organizations should enhance their capacity to protect citizens privacy from increasing proliferation of digital surveillance tools, improve fact-checking of online contents and educate users on privacy and filtering settings available on social networks. Engage technological companies to improve visibility, awareness and ability of these settings to deal with these threats increase investment in digital education, protect users data and enhance internal safety tools such as; video and image reverse search engines used for verification and countering disinformation, automated filtering and time taken to respond to abusive content and behaviour.

The Digital Rights and Freedom Bill rejected by the president and reintroduced in parliament for consideration is important to protect Internet users in Nigeria from infringement of their fundamental freedoms of expression, assembly and association online, data privacy rights of citizens and defines the legal framework regarding digital surveillance.

Abdullahi is an independent security and climate researcher

Henry Okelue: This Is How The FG Should Have Dealt With Omoyele Sowore