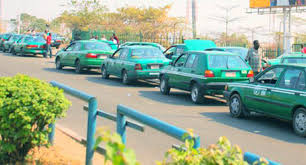 The house of representatives has banned the operation of unpainted taxis in the federal capital territory (FCT), Abuja.

At Wednesday’s plenary session, the lower legislative chamber also asked the FCT authorities to commence registration, regulation and licensing of all probate and corporate commercial vehicles in the city.

The lawmakers said the failure to regulate taxis in Abuja exposes commuters to security risks.

The resolutions followed the adoption of a motion introduced by Leke Abejide from Kogi state.

The action comes amid similar moves by Lagos state government to regulate the operations of corporate commercial vehicles such as Uber and Bolt.

The lawmakers said they were worried that the operations of taxi cabs and commercial vehicles in the FCT is largely unregulated and inefficiently administered.

They said such challenge gives room for many private vehicle owners to engage in taxi operations, thereby “exposing commuters to incidents of kidnappings and several other risks that come with unlicensed taxi operations”.

They said unlike the case in Abuja, most developed cities of the world have their taxi operations well regulated, with only painted cabs approved for legal commercial vehicle operations.

The green chamber subsequently asked the FCT administration and the Federal Road Safety Corps to enforce the ban on unpainted and unlicensed taxi operations within the city.

Meanwhile, the House of Representatives has urged the Department of Petroleum Resources (DPR) to ban operators of illegal cooking gas outlets in the country.

This followed a unanimous adoption of a motion moved by Rep. Kolawole Musibau during the plenary presided over by the Speaker of the House, Mr Femi Gbajabiamila on Wednesday.

The motion is entitled “Banning of Illegal Cooking Gas Outlets and Operators in the Country”.

Moving the motion, Musibau said the ban would ensure DPR enforces its rules and guidelines to ensure compliance and discipline errant operators.

The lawmaker emphasised that there were “rules to be followed, operational guidelines to be complied with and licenses to be obtained” to become an operator.

He said there were also safety measures to be met before licences were issued and expressed concern that most operators did not meet the requirements.

He noted that “some of the outlets are located in residential areas and in some cases, in between buildings, and even under stair cases of houses in some urban areas.

“Those abnormalities and carelessness have, over the years, resulted in gas explosions and uncontrollable fire accidents that have led to loss of lives and destruction of property in virtually all the states of the federation.

“The house is worried that many lives and property worth several millions of naira have been lost due to this negligence and carelessness on the part of the people.

“The agencies of government empowered to ensure compliance and enforce the law and no one has been brought to book for his or her role in the incidents.”