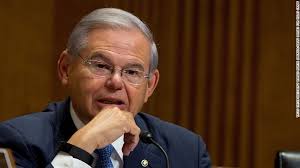 US senator from New Jersey and member of the senate foreign relations committee, Robert Menendez, says the events surrounding the rearrest of Omoyele Sowore shows that Nigeria no longer has regards for the rule of law.

Operatives of the Department of State Services (DSS) stormed the court and rearrested convener Mr Yele Sowore Olawale Bakare, an activist, at the federal high court in Abuja less than 24 hours after they were released on the orders of the court.

In his reaction to the rearrest of the two after they had spent 124 days in detention. Menendez, said it seems President Muhammadu Buhari is not aware of what the secret police is “doing in his name”, .

He said the development is unacceptable. “The United States is watching and the world is watching. I fear that the blatant harassment of Mr Omoyele Sowore, an activist and journalist whose only crime appears to be exercising his right to free expression, is becoming symptomatic of increasingly closing political and civic space in Nigeria,” Menendez said.

“The Nigerian court has twice ordered his release on bail. And the state security agencies openly defied the court order each time leaving me to conclude that either Nigeria no longer respects the rule of law or President Buhari is woefully out of touch with what agents of his governments are doing in his name.

“This is unacceptable in a country that calls itself a democracy. Journalists who risk their lives to expose the truth should be celebrated, not incarcerated.

“It is unacceptable to that the husband and father of a US citizen with such blatant cruelty. Today, my office contacted our ambassador in Nigeria in an effort to obtain answers on what actions the United States is taking on the Sowore family’s behalf.

Meanwhile, the Nigerian Bar Association (NBA) has called for the suspension of the Director General of the Department of State Services, (DSS), Yusuf Bichi.

The umbrella body of lawyers said this while condemning the invasion of a Federal High Court in Abuja by armed officials of the DSS.

The NBA’s statement reads in parts, “The Nigerian Bar Association is greatly dismayed at the exhibition of primitivity, thuggery, insane passion for lawlessness, contempt and disrespect for the rule of law by the agents of the Department of State Services (DSS) within the precincts of the Federal High Court, Abuja while attempting to re-arrest Citizens Omoyele Sowore and Olawale Bakare.

“The NBA has been properly briefed – beyond the shameful videos of the incident in public domain- by our members who witnessed the disgraceful and crass violation of the hallowed precincts of the law by the officers of the Department of State Services, an agency of the Federal Government of Nigeria.

“The Nigerian Bar Association strongly condemns the action of the Department of State Security, which is another in the series of impunity and lawlessness exhibited by the DSS. The invasion of the court by the agency of the Federal Government of Nigeria runs contrary to the avowed assurances of the President of the Federal Republic of Nigeria that he will ensure that the Federal Government and agencies under it obeys court orders. The disrespect of the court by the DSS is legendary and unrivalled.

“Few days ago, the officers of the Nigerian Police Force exhibited similar traits when it also invaded the precincts of the High Court, Effurun to arrest Mr. Ademi-Akpeto, Chairman of Sapele branch of the NBA. Many Nigerians are still in unlawful custody and not charged to court. Nigerians are now under siege by security agents who have no regards for the law and the courts.