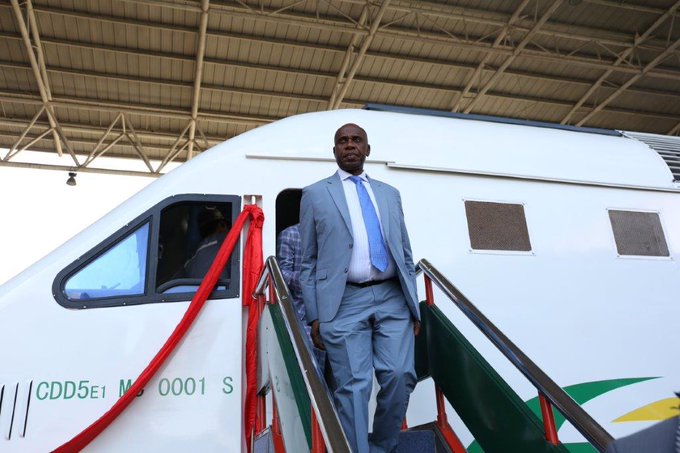 Minister of Transportation, Rotimi Amaechi, has said that he has never requested nor collected pension from Rivers State as a former governor of the state.

He said this on Thursday via his official Twitter handle comes after a Federal High Court in Lagos on Wednesday pronounced that it is illegal for National Assembly members and ministers who were once state governors to continue to earn emoluments and life pension as ex-governors from their states.

The court, in a judgment by Justice Oluremi Oguntoyinbo, decried the situation where “former governors, who are now senators and ministers, enjoy governors’ emoluments while drawing normal salaries and allowances in their new political offices.”

Amaechi said that even if offered pension, he would have declined.

He tweeted, “I have never requested for or collected one kobo as pension from River State Govt. If offered, I will politely decline and request that the money should be given to Rivers State pensioners. I do not believe that I should receive pension as ex-gov of River State while serving as a minister.”