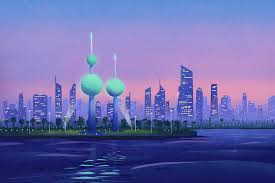 Mr Abdullah Alawadhi, a diplomatic attache to Kuwait Embassy described the expo is an opportunity for the embassy in Nigeria to promote the country’s cultural heritage.

Alawadhi added that it was the country’s first time of participation and expressed optimism that it would be a remarkable experience for the citizens.

He said that the expo would help strengthen the bilateral relationship between Kuwait and Nigeria in terms of culture.

Carlos Trejo Sosa, the Cuban Ambassador to Nigeria said the embassy was participating for the first time in the expo, adding that Cuba had been following the nation’s culture for many years.
He also said that Nigeria and Cuba have similarities in terms of culture noting that 50 per cent of Cubans are linked to people from Calabar in Cross River’

According to him, the relationship dates back to the 19th century during the slave trade.
The Envoy, who is rounding off his posting in Nigeria, however, said that the expo was a welcome development and expressed delight in what he saw on ground saying it was a way of showcasing culture and heritage.

The Syrian Ambassador, Adeeb Albodi, said that the opening ceremony showed that it was a well organised event noting that every participant had its own pavilion to showcase its country’s culture.

He also said that it was the country’s second time of participating in the expo and reiterated readiness to attending the 2020 edition of the expo.

According to him, the expo is worthy of emulation and it is an avenue for countries to showcase their cultural diversities.
He added that it would also strengthen relationships between various countries and the host country.
States like Kano, Ogun, Yobe, Anambra, Zamfara among others were also present and displaying their wares at the INAC