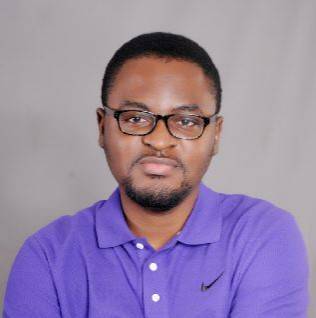 The senate marshalled by Ahmad Lawan has been convincing in confirming the stereotypes and assumptions about the institution.

In July, I wrote about Lawan’s obsequiousness and desperation to please President Buhari whom he described as his ‘’close friend’’.

I say again, Lawan has been dutiful in his obligation of inking ‘’rubber-stamp’’ on the senate. Soon after he became senate president, he assumed the ‘’role of unofficial spokesman’’ of Buhari and saddled himself with ‘’interpreting maladies’’.

And as a matter of fact, he has not relented in rising to the occasion as an ‘’interpreter of inefficiencies’’. Though he once vowed he would never be a ‘’rubber stamp’’.

Hear him: ‘’During my campaign, I was called a potential rubber-stamp senate president to the executive; maybe because I am close to the president, or because I believe in his cause. There is no time that I will ever be a rubber stamp. Yes, I believe in President Buhari as a person.’’

Really, Lawan has been effortless in maintaining the ‘’label’’.

Last week, the senate passed for second reading a bill to increase value-added-tax (VAT) without a ‘’debate’’. Some senators protested not knowing the content of the bill because they were not given copies of it; so, they cannot debate what they do not know.

Yaroe said according to the senate’s rules, every senator is meant to have copies of the bill.

“Our rules say that printed copies of the bill shall as soon as possible be sent to every senator,” he said.

But Lawan insisted that the vacuous debate would go on.

I wish the senate will apply the same dispatch on critical bills that will address poverty, the parlous education and infrastructure, and executive corruption.

How can the legislature perform its function as an institution of check when its leadership is a consort of the executive?

I believe the legislature and the executive must work together in the interest of Nigerians, but this does not imply succumbing to the influences of each another. That will be a confutation of the principle of separation of powers.

As I see it, the Buhari administration is employing Lawan’s senate as a contrivance for legitimising unpleasant policies. This senate, as a bedfellow of the executive, is the greatest danger to our democracy.

In his words: “I can assure you that we are also working on how to inject sanity into the social media space which, today, is totally out of control. No responsible government will sit by and allow fake news and hate speech to dominate its media space, because of the capacity of this menace to exploit our national fault lines to set us against each other and trigger a national conflagration. That is why we will continue to evolve ways to tackle fake news and hate speech until we banish both.”

A few days after, a bill seeking to regulate social media was reintroduced by the senate. The proposed legislation prescribes three years imprisonment as penalty for ‘’fake news’’. And afterwards, the senate reintroduced the ridiculous hate-speech bill.

The hate-speech bill prescribes the death penalty for certain offenders, and it also proposes the establishment of a commission to fight ‘’hate speech’’.  How ludicrous?

Clearly, there is an umbilical cord connecting the federal government’s campaign against social media and these bills. But only a failing government will be afraid of citizens’ criticisms on social media or interpret civil actions as subversion. If the government was living up to expectations, it would not need to worry about ‘’social media’’.

Already, the Cybercrime Act covers some areas the hate-speech bill seeks to cup. So, why the bill if not to provoke fear and intimidate citizens to silence?

Nigerians must resist this attempt to impair free speech!

@FredrickNwabufo is a writer and a Nigerian Journalist