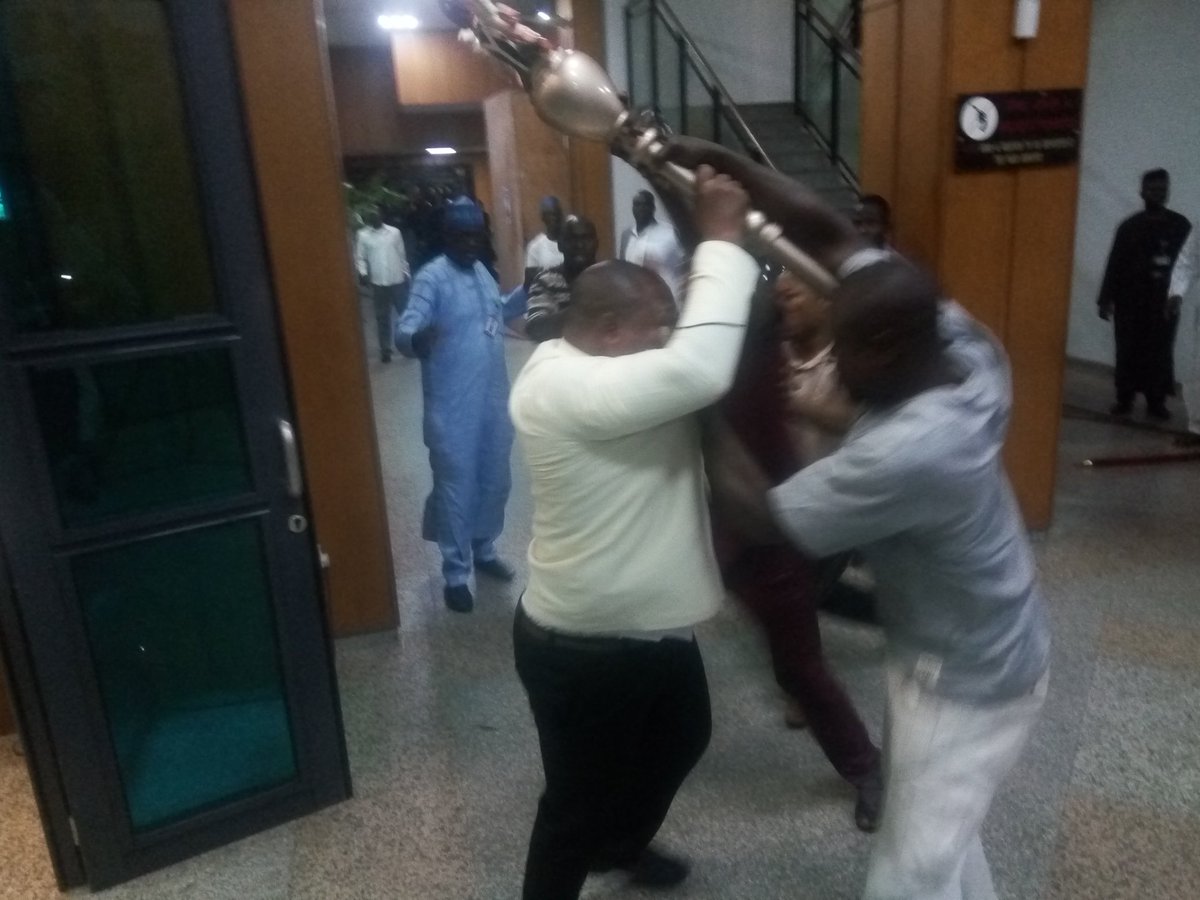 Drama at the senate on Wednesday after Ovie Omo-Agege, suspended senator from Delta state, stormed the senate with suspected thugs, carting away the mace.

He was said to have sneaked in through one of the glass barricades within the national assembly before the mace was seized with the support of the men who accompanied him.

RESPONSE TO TODAY’S INCIDENT IN THE SENATE CHAMBER
Today, some armed hoodlums led by suspended Senator, Ovie Omo-Agege, walked into the Senate plenary and seized the symbol of authority of the Upper Legislative Chamber, the mace.
This action is an act of treason, as it is an attempt to overthrow a branch of the Federal Government of Nigeria by force, and it must be treated as such. All Security agencies must stand on the side of due process and immediately mobilize  their personnel to retrieve the mace and apprehend the mastermind and the perpetrators of this act.
This action is also an affront on the legislature, and the Leadership of the House has come to express their support against this action.
The Senate is now in an Executive session.
An updated statement will be released immediately after the closed door session.
Senator Aliyu Sabi Abdullahi
Senate Spokesperson
Related Topics:NigeriaSenateNational AssemblyBreaking newsMace
Up Next

The Planned Resumption of Oil Exploration In Ogoni